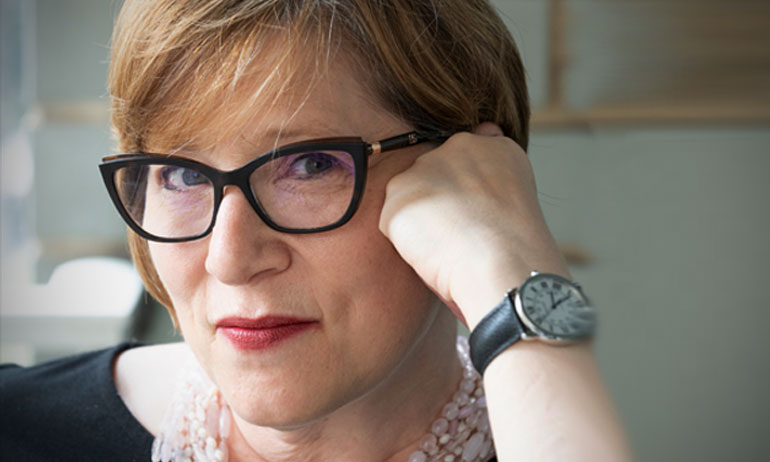 Amy Herman has for 14 years been our nation's secret weapon - providing leadership training to top officers in the United States military, law enforcement, medicine, education, and industry. Her innovative, interactive pedagogy has been called "invaluable" by the Department of Defense - and credited with "stimulating the innovative thinking necessary to generate viable future war-fighting concepts" by The Chief of Naval Operations.

Amy Herman is the Founder and President of The Art of Perception, Inc., a New York-based organization that conducts professional development courses to leaders around the world - including at the FBI, CIA, Scotland Yard, and the Peace Corps. Herman was also Director of Educational Development at Thirteen/WNET, the educational public television station serving New York and New Jersey - and Head of Education at The Frick Collection for over ten years, where she oversaw all of the Collection's educational collaborations and community initiatives.

Herman is a world-renowned speaker who frequently presents at national and international conventions. She has been featured on the CBS Evening News, the BBC - and in countless print publications including The New York Times, The Wall Street Journal, The London Times, New York Daily News, Smithsonian Magazine, and The Philadelphia Inquirer.

Herman's TED talk, A Lesson in Looking, went live in December 2018.  Her book, Visual Intelligence, was published in May 2016 and was on both the New York Times and Washington Post bestsellers' lists. Her highly anticipated second book, Fixed: How To Perfect the Fine Art of Problem Solving, is due out in December 2021.

An art historian and attorney, Herman holds a BA in International Affairs from Lafayette College, a JD from the National Law Center at George Washington University - and an MA in Art History from Hunter College. She is a member of the New Jersey and Pennsylvania Bar Associations. Herman channeled her dual degrees in art and law to create the successful Art of Perception program - and now trains thousands of professionals from Secret Service agents to church fundraisers.

What Amy Herman Talks About:

VISUAL INTELLIGENCE: SHARPEN YOUR PERCEPTION & CHANGE YOUR LIFE
How could looking at Monet’s water lily paintings help save your company millions? How can checking out people’s footwear foil a terrorist attack? How can your choice of adjective win an argument, calm your kid – or catch a thief?

Packed with big ideas and practical tips for any reader, fascinating research and provocative anecdotes, this keynote instills confidence and enhances communication skills – by using great works of art to reteach people from all walks of life how to see.

Amy teaches how using the same methods art historians employ to study a painting – can be applied to any scene or situation in life: in the boardroom or the classroom, on the factory floor or the playground, at a crime scene or a shopping mall. Using biological data and the latest in social science studies, Herman shows that when people become inured to familiar situations – they stop seeking out nuances, and then start losing the ability to see them at all. Herman demonstrates how stepping outside of the familiar – which art analysis is for most people – can re-engage all five senses and renew a sense of inquiry toward everything.

By studying how a single miscommunicated word can mess up a cappuccino order, a million dollar contract, or a murder investigation – attendees will learn how to get it right. Herman shows that anyone can uncover the secrets, skills, and solutions that have been hiding in plain sight – and use them to transform our businesses and our lives.

Amy's presentation was elegant in its simplicity - yet still a complex undertaking, to attenuate and stimulate our senses to see details that otherwise we might not see.