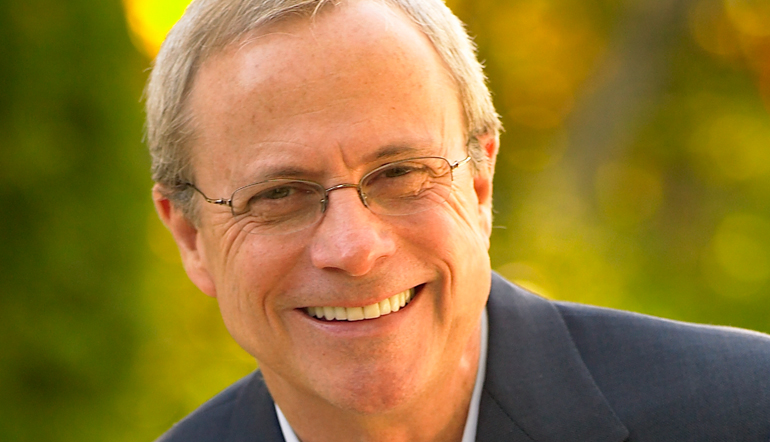 About David Allen - Pioneering Researcher on Leadership and Organizational Productivity:

David Allen is an author, consultant, international speaker, Founder and Chairman of the David Allen Company. He is widely recognized as the world's leading authority on personal and organizational productivity. His thirty years of pioneering research, motivation and education of some of the world's highest-performing professionals, corporations and institutions - has earned him Forbes' recognition as one of the top five executive coaches in the United States, and as one of the Top 100 thought leaders by Leadership magazine. Fast Company hailed David Allen One of the world's most influential thinkers in the arena of personal productivity, for his outstanding programs and writing on time and stress management, the power of aligned focus and vision in the face of change - and his groundbreaking methodologies in management and executive peak performance. Time Magazine labeled his first book, Getting Things Done, as the defining self-help business book of the decade.

David Allen is the author of three books; the international best-seller, Getting Things Done: the Art of Stress-Free Productivity (GTD - as the method is popularly known), Ready for Anything, and Making It All Work: Winning at the Game of Work and Business of Life. Getting Things Done has been a perennial business best-seller since it's publication in 2001, and is now published in 28 languages.

Getting Things Done has spawned an international movement of devoted adopters from executives, techies, soldiers, entrepreneurs, university professors, musicians, students and the clergy. It has given rise to a thriving GTD industry of web sites, blogs and software applications. Internet searches bring up tens of millions of references. David Allen is a rarity in the twitter world - as one of the few non-celebrities with over a million followers hanging on his wit and inspiration.

Piloting a productivity seminar for a thousand managers at Lockheed in 1983, David has continued to test and refine the techniques and principles we now know as GTD - a powerful method to manage commitments, information, and communication. This pioneering and proven system is the result of those twenty plus years of David's consulting, private coaching and organizational programs with over a half million people internationally. GTD has well earned its recognition as the gold standard in personal management and productivity for many of the world's best and brightest people and companies.

Sophisticated without being confining, the subtle effectiveness of GTD lies in its radically common sense notion that with a complete and current inventory of all your commitments , organized and reviewed in a systematic way, you can focus clearly, view your world from optimal angles and make trusted choices about what to do (and not do) at any moment. GTD embodies an easy, step-by-step and highly efficient method for achieving this relaxed, productive state. It includes:

Implementing GTD alleviates the feeling of being overwhelmed, instills confidence - and releases a flood of creative energy. It provides structure without constraint and managing details with maximum flexibility. The system rigorously adheres to the core principles of productivity - while allowing tremendous freedom in the how. The only right way to do GTD is getting meaningful things done with truly the least amount of invested attention and energy. Coaching thousands of people, where they work, about their work - has informed the GTD method with the best practices
of how to work (and live), in that most efficient and productive way. GTDs simplicity, flexibility, and immediacy are its attraction. Its ability to enliven, enlighten, and empower is its magic. What, indeed, is GTD? More than meets the eye...

What David Allen Talks About:

Creating Order Out of Chaos – Staying Afloat in a World of Too Much to Do
The world is not coming to us in a neat little package–it comes from multiple levels from myriads of sources, with no rhyme nor reason as to how it appears to us. And it continues to accelerate, in ever greater volume. The solution is not in having more time, but having more space–more room to think creatively and strategically, and to be more present and appropriately engaged with what’s most meaningful to us. We need to be clear-headed in order to navigate and negotiate the changes and surprises that are coming toward us with increasing frequency.

There is a way to manage this, to surf on top of it, and to feel invigorated with the opportunities instead of overwhelmed with the challenges. There is a set of behaviors that allow us to stay clear and focused, amidst it all. But we are not born doing these practices, and they don’t show up by themselves. They are not difficult to implement, but they do require directing and training some “cognitive muscles”–ways to think about our “stuff”–and utilizing an effective and trusted personal system for staying in control.

David will explain the five critical steps for getting anything more in control and focused, with specific best practices and tools for each phase. He will share the best practices that he has tested and implemented in thousands of hours spent desk-side with some of the brightest and busiest people in the world. And, he will pass on many techniques that anyone can implement immediately, to gain greater stability, clarity, and, (yes!) time to engage with what really matters.

Getting Things Done – The Art of Stress Free Productivity
This presentation describes the core principles for stress-free productivity, applicable to individuals, teams, and whole enterprises, and key techniques that can be immediately implemented.

The two key elements of self and organizational management are staying (1) in control and (2) meaningfully focused. Both factors are at risk for more and more people as the speed of change continues to increase in our global, competitive, always-on world. Staying on top of your world—personally, professionally, and organizationally—is a growing challenge. There is a way to navigate this turbulence effectively, in a sustainable way, but it does not happen automatically. It requires the application of specific best practices that can be learned, installed, and habituated.

This was the best 'get-your-act-together' session and ideas I have ever seen.