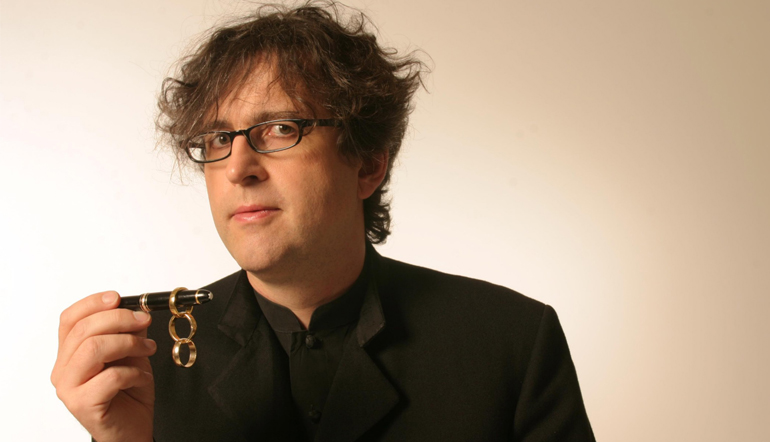 Educated at the University of Toronto (BA), the University of Western Ontario (LLB), and the London School of Economics (LLM), David Ben retired from practicing tax law to pursue his passion for creativity, performing and community. As a magician, David was the sole protégé of Ross Bertram - one of the great sleight-of-hand artists of the twentieth century. David is a member of London's prestigious Magic Circle and has performed throughout the United States, Canada, England and Japan. In addition to performing magic, David acts as a keynote speaker on creativity, innovation and problem solving. A feature presenter at The Walrus Talks (Performance), IdeaCity, and a two-time presenter at the Smithsonian, David has addressed a broad range of associations and corporate clients in the United States and Canada.

David was the co-writer (along with Canadian broadcast icon Patrick Watson), performer and producer of The Conjuror (Shaw Festival, Theatre ROM, Isabel Bader Theatre) and The Conjuror's Suite (Salon ROM, Charlottetown Festival), Tricks (Artword Theatre) and Natural Magick (Luminato Festival). David has made numerous television appearances and was also the subject of an award-winning documentary film A Conjuror in the Making that aired on Breakfast with the Arts on the A&E Network and on Adrienne Clarkson Presents on the CBC.

David is the author of four books. His first, Advantage Play: A Manager's Guide to Creative Problem Solving, examines magicians, card cheats and psychics as models of creativity and pragmatic problem solving and was published by Key Porter Books. His second, Tricks, was a how-to book for magicians published by Squash Publications. His third book was Dai Vernon: A Biography, the first volume of a long-awaited portrait of the life and times of the most influential magician of the twentieth century. The fourth, a landmark book, Zarrow: A Lifetime of Magic, a portrait and technical retrospective of one of magic's most revered arrangers, Herb Zarrow. David will soon complete the business biography of Allan Slaight scheduled to be published in 2013. David is also the author of several articles and essays published in several journals including the Canadian Literary Review, Genii, A Conjuror's Magazine and Magicol: A journal of magic history and collectibles.

David is also a consultant for a variety of film, television, print and theatre projects including The Shaw Festival's production of Ragtime, Soulpepper Theatre's production of Tom Stoppard's Travesties and Rosencrantz and Guildenstern Are Dead, Brian Johnson's short film based on Denis Lee's book of poetry Yes/No, and Michael Ondaajte's award winning novel, Divisadero.

David is the co-founder and Artistic Director of Magicana a performing arts organization and registered charity dedicated to studying and promoting magic as a performing art. He spearheaded My Magic Hands, a program designed to use the process of learning, practicing and performing magic as an introduction to creativity and the arts for underprivileged and disadvantaged children; and Senior Sorcery an intergenerational initiative to bring live theatre to isolated seniors in their homes and community.

What David Ben Talks About:

In his remarkable interactive presentations, David takes your audience on a journey into the world of creative problem solving. Demonstrating that problem solving is at the heart of everyone’s business, David demystifies the process by taking his audience behind the scenes of the world of magic and revealing the tricks of the trade. By explaining the methods used by magicians, gamblers, and psychics, David demonstrates fundamental points about the creative process.

David’s presentation focuses on assessing opportunity based on the needs of the customer, maximizing opportunity by discovering new applications for existing products and services, using negative people to the advantage, closing the sale, and understanding the importance of the “after sell” and its role in developing new and repeat business and inspiring confidence in colleagues and co-workers.

Most of all, David demonstrates the true meaning of being proactive. As a magician, David has to make miracles happen. By performing magic and then explaining how the magic was created, people learn that success in magic and business is the result of the cumulative effect of many apparently inconsequential details most people take for granted. It is a unique approach to learning a few new tricks for the trade presented by a unique individual – David Ben.

David wowed the audience and was certainly an excellent choice for the event. He was the talk of the evening for a while after the event.