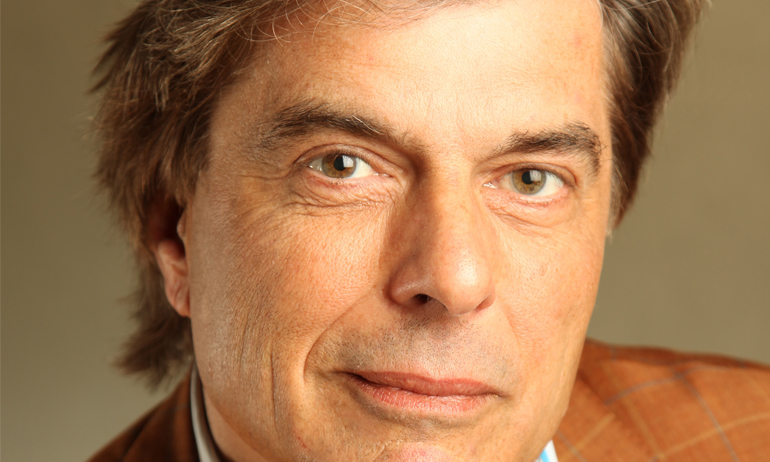 About Jeff Rubin - Speaker on Finance and Economy:

Keynote speaker Jeff Rubin is an award winning
international author and
economist. After almost twenty years as Chief Economist and Managing Director of CIBC World Markets, Jeff Rubin resigned at the end of March 2009 to publish his international bestseller, Why Your World Is About To Get A Whole Lot Smaller: Oil and the End of Globalization. Simultaneously published by Random House in the US and Canada and by Virgin Books in the United Kingdom, his path-breaking book has now been
published in over 15 countries and in seven different languages.

In The End of Growth, Rubin argues that the end of cheap oil means the end of growth. What it will be like to live in a world where growth is over?

In  his new book, The Carbon Bubble, Rubin argues that Canada's economic reliance on its oil reserves is misplaced. He argues that there is a lifeline to a better future. The very climate change that will leave much of the country's carbon unburnable could at the same time make some of Canada's other resource assets more valuable: its water and land. In tomorrow's economy, Canada won't be an energy superpower, but it has the makings of one of the world's great breadbaskets. And in the global climate that the world's carbon emissions are inexorably creating, food will soon be a lot more valuable than oil.

Over the course of his career in financial markets, Mr. Rubin's calls on interest rates and foreign exchange markets won him a number-one ranking in economics in the Brendan Wood International survey of institutional investors in Canada on no less than ten separate occasions.

What Jeff Rubin Talks About:

Internationally, Mr. Rubin is best known for his prescient calls on oil prices. Mr. Rubin was one of the first economists in the world to accurately predict the rise of oil prices over the last decade to recent triple-digit levels. Why Your World Is About To Get A Whole Lot Smaller explores some of the broader implications of those prices, and how they will reverse globalization and lead to the re-emergence of more local or regional-based economies.

Mr. Rubin’s insights into global energy markets have made the front page of the New York Times and the Wall Street Journal, and have been cited in the Economist, Newsweek and USA Today. He has made numerous appearances on ABC, CBS, CNN and CNBC.

On the podium, Mr. Rubin is a provocative speaker who brings unparalleled insight and candor to his presentations. Read Mr. Rubin’s insights in his widely followed blog, Jeff Rubin’s Smaller World| carried by the Huffington Post in the United States and the Globe and Mail website in Canada.

The End of Growth
Economist and resource analyst Jeff Rubin is certain that the world’s governments are getting it wrong. Instead of moving us toward economic recovery, measures being taken around the globe right now are digging us into a deeper hole. Both politicians and economists are missing the fact that the real engine of economic growth has always been cheap, abundant fuel and resources. But that era is over. The end of cheap oil, Rubin argues, signals the end of growth–and the end of easy answers to renewing prosperity.

Rubin’s own equation is clear: with China and India sucking up the lion’s share of the world’s ever more limited resources, the rest of us will have to make do with less. But is this all bad? Can less actually be more? Rubin points out that there is no research to show that people living in countries with hard-charging economies are happier, and plenty of research to show that some of the most contented people on the planet live in places with no-growth or slow-growth GDPs. But it doesn’t matter whether it’s bad or good, it’s the new reality: our world is not only about to get smaller, our day-to-day lives are about to be a whole lot different.