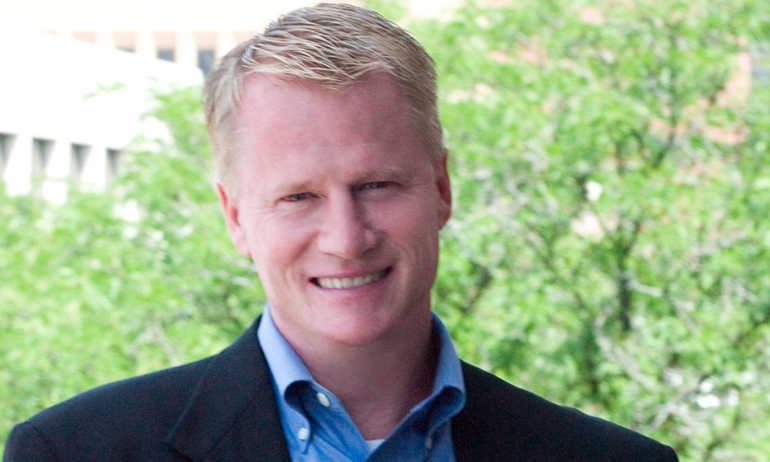 About John U. Bacon - Best-selling Author & Inspiring Speaker on Leadership, Creativity and Diversity:

John U. Bacon is the New York Times best-selling author of ten books on sports, business leadership, health, and history. He free-lances for The Wall Street Journal, Yahoo, and others, appears often on TV, including HBO, ESPN, Fox Business, MSNBC, and the Big Ten Network, and delivers weekly essays for Michigan Radio and occasionally NPR, which awarded him the PRNDI prize for the Nation's Best Commentary in 2014.

His books include Walgreens: America’s Corner Store, Cirque du Soleil: The Spark, Bo’s Lasting Lessons: The Legendary Coach Teaches the Timeless Fundamentals of Leadership, which hit the New York Times and the Wall Street Journal’s Business Best-Seller lists. He then researched and wrote a trio of books covering big time college football from the inside out: Three and Out: Rich Rodriguez and the Michigan Wolverines in the Crucible of College Football, Fourth and Long: The Fight for the Soul of College Football, Endzone: The Rise, Fall, and Return of Michigan Football. All three were New York Times best-sellers.

John delivers speeches on the themes in his books -- including leadership, creativity, and diversity -- to corporations, universities and other groups around the country and the world. In 2011, the Michigan Chapter of Meeting Planners International (MMPI) named him “Speaker of the Year.” In addition to writing and speaking, he teaches at the University of Michigan, where students awarded him the Golden Apple in 2009.

John is also a decent Spanish speaker, an average hockey player, and a poor piano player, but he still enjoys all three! He lives in Ann Arbor with his wife and son.

What John U. Bacon Talks About: The Timeless Fundamentals Of Leadership John draws lessons from a variety of sources, his own experiences, and his best-selling book, Bo’s Lasting Lessons: The Legendary Coach Teaches the Timeless Fundamentals of Leadership, which Warren Buffett himself endorsed.  John tells stories to underscore how great leaders listen, communicate, and make decisions.  In this fast-moving and fun speech, John gives specific, direct advice leaders can use the next day.  Bo Schembechler impersonation guaranteed. Hire Better, Fire Less In this popular presentation, John describes how the best companies – from Zingerman’s famed deli to the Michigan football team to Walgreens  – spend a lot more time, effort and thought hiring their people, and much less dealing with mediocre performers, and firing them.  John lays out a practical guide – supported by fascinating stories — for searching, interviewing, “auditioning|” and ultimately hiring the right people. How To Create Creativity – And Manage It   Every company today must innovate to stay ahead of the pack.  But how do you open the floodgates for creativity and still make sure the trains run on time?  John explains how some of our best organizations do it, and conducts several fun, fast-moving exercises of his own creation to make lasting points – points the participants can put to use immediately to be more creative, without losing the discipline necessary to be effective. Diversity For Fun And Profit In this frank and refreshing discussion, John challenges us to face our fears, shines a spotlight on what we need to understand about each other, and makes it clear why expanding opportunities to more people makes us stronger. John’s ideas on diversity come from his research and writing about sports, from Jackie Robinson to Title IX to the NFL’s Rooney Rule, which requires all teams to interview at least one minority candidate for any head coaching vacancy. His speech is surprisingly, but appropriately, funny — often at his own expense. The bottom line is simple, however: we don’t seek to diversify to be charitable, but to be more successful. Motivating Millennials Bacon derives the material for his talk on Generation Y from his experience leading the Ann Arbor Huron hockey team from the school’s worst to best in three years (despite being the worst player in school history — and he can prove that!) and teaching them at Northwestern and the University of Michigan, where he had received the highest evaluations on campus E (4.9/5.0) AND only SIX late papers out of 1700 students.  Managing them should not be a mystery, and shouldn’t be a headache.  They unfairly get a bad rap, when the responsibility to lead them is our work.