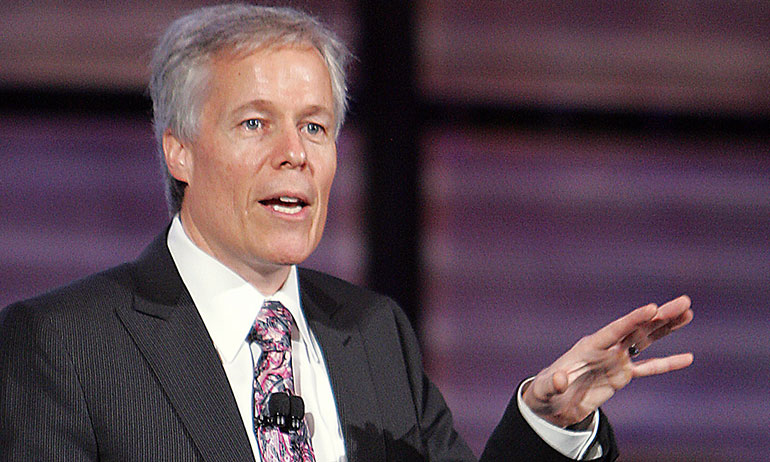 About Joseph Grenny - Speaker on Communication, Leadership and Change in Business:

Over the past twenty-five years, Joseph Grenny has taught and advised thousands of leaders on every major continent from the boardrooms of Fortune 500 companies to small communities in Nairobi, Kenya. He has advised CEOs and senior executives on more than a dozen major change initiatives - receiving credit from Lockheed Martin Aeronautics' President as a key factor in helping the organization win the $200 billion Joint Strike Fighter program. Joseph teaches organizations how to communicate best when it matters most. His experience and research into the best practices of leaders and influencers has made him a leading industry expert and speaker in communication, change, leadership, organizational effectiveness and corporate culture.

Joseph is co-author of four New York Times best-sellers, Change Anything, Influencer: The Power to Change Anything, Crucial Conversations: Tools for Talking when Stakes are High and Crucial Confrontations: Tools for Resolving Broken Promises, Violated Expectations, and Bad Behavior. An expert in topics ranging from influence and leadership to organizational change and effectiveness, Joseph has been cited in dozens of newspapers including the New York Times, Los Angeles Times, Washington Post, and the Wall Street Journal. Joseph also writes The Influential Leader, a regular column on BusinessWeek.com. He has also appeared on more than one hundred radio and television programs including ABC News, CNN, Bloomberg, CNBC, and the Today Show.

Joseph regularly speaks and consults with leaders across the globe from East Asia, to India, to Europe. He has spoken at events such as the HSM World Business Forum and to organizations including NASA, the American Bankers Association, the Supreme Court of California, the American Association of Critical-Care Nurses, the American Public Works Association, and the American Society of Training and Development.

Joseph was co-founder and president of California Computer Corporation. In 1990, he co-founded VitalSmarts, which today is one of the most respected corporate training and organizational development companies in the world. VitalSmarts has helped more than three hundred of the Fortune 500 realize significant results using a proven method for driving rapid, sustainable, and measurable change in behaviors.

In 2007, Joseph and his co-authors were named Ernst & Young Entrepreneurs of the Year for their work in founding and leading VitalSmarts. Named the 2008 Business of the Year by The Association of Learning Providers, VitalSmarts has also been ranked four times by Inc. magazine as one of the fastest growing companies in America. Products resulting from Joseph's research have been used to train over two million people worldwide.

What Joseph Grenny Talks About:

Change Anything: The New Science of Personal Success
Participants learn to make long-anticipated improvements in their lives, careers and relationships by applying three breakthrough principles to any challenge.

Crucial Conversations: Tools for Talking when Stakes are High
Whenever you’re not getting the results you’re looking for, it’s likely that a crucial conversation is keeping you stuck. Based on the New York Times best-selling book by the same title, Joseph guides the audience through the skills to get unstuck.

Influencer: The Power to Change Anything
The most important capacity we hold is the capacity to influence behaviour. Based on the New York Times best-seller, Influencer, you will learn strategies to make change inevitable – strategies founded on more than five decades of the best social science research and confirmed in thousands of world-wide change efforts.

Leadership for Maximum Engagement: Crucial Skills for Team and Organizational Performance
What differentiates the best leaders and leadership teams from the rest? The best teams achieve something the rest never attain: 100 percent engagement and absolute intellectual honesty. Joseph explores the crucial conversation skills that will immediately propel your team to maximum engagement.

Silence Fails: The Five Crucial Conversations for Flawless Execution
Success is determined by how well an organization executes high-stakes projects and programs. And yet, 83% of employees say the projects they are working on will fail. Leaders can increase their odds of successful project execution by 50 to 80% when they skillfully hold five crucial conversations.

Silence Kills: The Seven Crucial Conversations in Healthcare
All too often, well-intentioned professionals in healthcare organizations choose not to speak up when they’re concerned with the behaviour, decisions, or actions of a colleague. Creating a culture where healthcare workers speak up before problems occur is a vital part of saving lives. Learn to step up to these seven crucial conversations and drastically transform your healthcare organization.

Joseph is truly gifted at his craft. His stories, and his brilliant material were a complete hit.