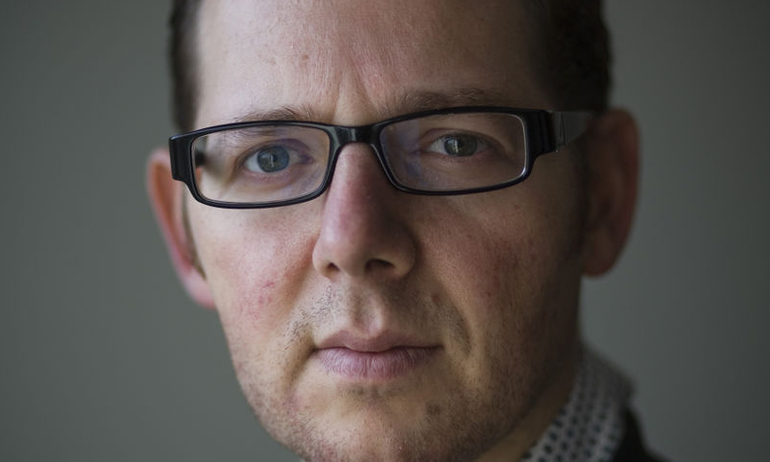 In 2006, Joseph founded and ran strategic consultancy, crayon, until it was acquired by Powered in January of 2010. crayon's clients included The Coca-Cola Company, Panasonic, Kraft Foods and H&R Block. Powered’s clients included Target, Verisign, Anheuser-Busch InBev and General Motors/Onstar. Before that, Joseph was Director of Interactive Media at TBWA/Chiat/Day and OMD USA, where he worked on Kmart, ABSOLUT Vodka, Embassy Suites and Samsonite.

Jaffe’s popular blog and audio podcast, "Jaffe Juice”, provides daily and weekly commentary respectively on all things new marketing. You can join the conversation at www.jaffejuice.com. His podcast was voted a Readers’ Choice Award as “Best Marketing Podcast” by MarketingSherpa. You can subscribe via iTunes.  In 2009, he launched his first foray into video in the form of JaffeJuiceTV (www.jaffejuice.tv), in an effort to prove once and for all that he does not have a face for radio.

His first book, Life After The 30-Second Spot: Energize Your Brand With A Bold Mix Of Alternatives To Traditional Advertising was released in June 2005 and focuses on how advertising is evolving in a world ruled by an empowered consumer and no longer governed solely by the 30-second spot. His second book titled, Join the conversation: How to engage marketing-weary consumers with the power of community, dialogue and partnership outlines the birth and rise of “conversational marketing” – a vision of how marketers can become part of the conversation, instead of constantly disrupting it.

His third book, Flip the Funnel: How to use existing customers to gain new ones, was published in February of 2010 and presents a powerful hypothesis that retention can become the new acquisition through the strategic incorporation and elevation of customer service, customer experience and customer initiated word-of-mouth, content creation and incentive-based referrals.

Joseph is a mentor at Founder’s Institute, Entrepreneur’s Round Table and Techstars. He also has lectured at NYU's Stern School, Cornell's Johnson School of Business and Syracuse University. Hailing from South Africa, he lives with his wife, daughter and two sons in Westport, CT.

What Joseph Jaffe Talks About:

Z.E.R.O. Paid Media as the New Marketing Model
A perfect storm is coming…in fact it may already be here. A combination of forces that could very well  cause the bottom to fall out the media model. To prepare for this scenario, consider a new marketing model in which the optimal paid media budget would be zero. In this bold and provocative keynote, 4-time author and thought leader, Joseph Jaffe will outline the Z.E.R.O. Manifesto of how brands can move from being tenants to landlords and successfully adopt and activate the 4-pronged approach of Zealots, Entrepreneurship, Retention and Owned Assets. Jaffe will introduce a 10-point action plan based on his Marketing BowTie framework designed to help brands get to a 50/50 split between “direct” investment and “indirect” expenditure before 2020. Be a hero…commit to Z.E.R.O.

Flip the Funnel: How to use existing customers to gain new ones
What if we got it all wrong? What if we’ve been going about marketing completely the wrong way? In this provocative keynote, Joseph Jaffe will outline how retention can become the new acquisition for businesses today and in doing so, literally transform the way companies go to market and establish a critical competitive edge and advantage. Using his new “flipped funnel” methodology, Jaffe will outline the notion of customer experience, introduce the 10 new rules of customer service and present a social media-powered customer activation model that harnesses the true potential and impact of customer-generated word-of-mouth, reviews and referrals. If “getting more from less” has become your new mandate, you won’t want to miss a new approach which presents the possibility of doubling your revenues whilst halving your budget in the process.

Change the Game (or go home)
Einstein once defined insanity as doing the same thing over and over again expecting a different result. If that’s the case, then the antidote would be “productive originality” i.e. doing things differently to get a result. Besides, being a definition of “creativity” itself, “productive originality” is just the beginning. The prime directive should be Transformational Change. Metamorphosis. Building a better mousetrap. A complete reinvention of the customer journey, customer experience and ultimately go to market strategy. Not only can it be done for any company, it’s already being done by some. In this provocative keynote, thought leader and bestselling author Joseph Jaffe will outline the brand evolution from campaign to commitments to platforms that flip the funnel, activate advocacy and profoundly differentiate brands from their commoditized competitors.

Getting more from less using the power of innovation
It’s a double-whammy – a catch-22. You see the world changing in front of your eyes – consumer empowerment, democratization of creativity and content production, loss of control, reduction of trust in a new social media playing field dominated by new phenomena (microblogging, lifestreaming), new players (Facebook, Twitter), new products (Amazon.com Kindle), marketplaces (iPhone App Store) and technologies (Nintendo Wii) – and all the while, spinning out of control at the same time. You’re under increasing and unprecedented pressure to increase sales or at the very minimum maintain status quo, amidst never-ending budget cuts and scrutiny. Innovation and Experimentation are vital and yet seemingly out of reach. Well here’s the good news – investing in “commitment-based” marketing and coping during a recession are not mutually exclusive. In fact, they’re interconnected. By “joining the conversation” through leveraging the power of community, dialogue and partnership, you’ll quickly find yourselves on the right side of the “punch” – the 1-2 punch of growing your business and differentiating your brand from your competitors.