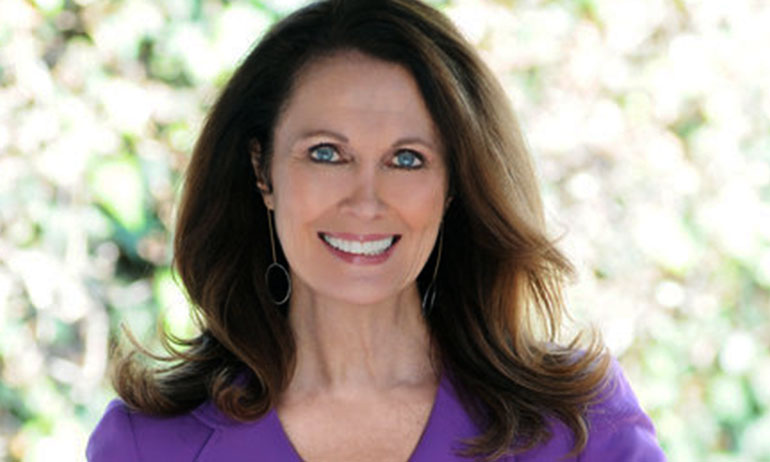 Libby Gill knows change. She grew up on two continents and went to eight different schools before putting herself through college waiting tables. Starting her career as an assistant at Embassy Communications, a television company founded by the legendary Norman Lear, Libby survived three mergers to emerge as head of publicity, advertising, and promotion for Sony’s worldwide television group in just five years.

After her first career heading communications at media giants Sony, Universal, and Turner Broadcasting, Libby founded LA-based Libby Gill & Company, a leadership consulting and executive coaching firm. She guides individuals and organizations to lead through change, challenge, and chaos by deeply engaging employees in a shared future-focused vision of success.

In her consulting, coaching, and keynotes Libby helps her clients:

Libby is the author of five books, including the award-winning You Unstuck, Capture the Mindshare and the Market Share Will Follow, and Traveling Hopefully. Her latest book is The Hope-Driven Leader: Harness the Power of Positivity at Work. A former columnist for the Dallas Morning News, Libby has published book chapters and peer-reviewed articles for numerous journals and trade publications. Business leaders including Zappos.com CEO Tony Hsieh, Stephen M.R. Covey, Dr. Marshall Goldsmith, and Dr. Ken Blanchard have endorsed her work. Currently, she is co-authoring a book about Rice University’s Doerr Institute for New Leaders with former Brigadier General and Director of the Institute Thomas Kolditz, Ph.D.

A frequent media guest, Libby has appeared on the CBS Early Show, CNN, Inside Edition, NPR, the Today Show, and in BusinessWeek, Time, the New York Times, Wall Street Journal, and many more. Libby lives with her husband in Los Angeles and is the proud mother of two millennial sons.

What Libby Gill Talks About:

Igniting Bold Leadership: Inspiring Purpose and Driving Performance
Most experts focus only on what companies want from their leaders, but Libby shares the data on what followers want – and deserve – from their leadership. Research shows us that the best leaders provide not only guidance and direction, but also the personal connections that help people succeed.
As the former head of corporate communications and media relations for Sony, Universal, and Turner Broadcasting, Libby was instrumental in creating and communicating culture change. Thriving in a challenging industry where competition and chaos were the norm, Libby shares provocative leadership strategies and powerful personal stories to help your group understand why not taking risks is the biggest business risk of all. In her high-energy interactive presentation, Libby shares timely concepts and relevant takeaways to help your group:
Leading Through Change, Challenge & Chaos: Turning Fear into Fuel
Embrace it or ignore it, but the evidence of change is all around us. Even the nature of change itself has changed. It’s constant, complex, and continually accelerating. Your employees often feel that as soon as they’ve adapted to one change, another one hits them. And they’re right.
So how do you keep your workforce engaged and excited during times of transformation?

Resistance to change is rampant in the workplace. Our biological hardwiring prompts us to fight, flee, or freeze when we sense danger – or even perceived danger – causing us to back down from risks, even those that we know intellectually will benefit us.

Participants in Libby’s interactive presentations will:

You Unstuck: Mastering the New Rules of Risk-taking in Work and Life
Sooner or later, every individual and organization gets stuck. It’s just part of the human condition. But you don’t have to make stuck your normal state!

With an emphasis on linking beliefs to behaviors, Libby connects the dots between personal accountability and organizational success. She helps you understand why you might be getting in the way of your own success and what you can do to change that pattern forever.

Your group will receive timely takeaways to:

Lift As You Climb: The Latest on Women’s Leadership
Libby guides emerging and established women leaders through workplace challenges including career advancement, gender bias, visibility and exposure, leveraging connections, and work/life balance. With intelligence and humor, she shares an inspirational blend of leadership strategies and hard-won secrets to success.

Having addressed women’s forums including EY, Honda, Intel, Kellogg’s, Medtronic, and many more, Libby provides specific and applicable ideas to help women “lift as they climb|” supporting other women as they climb the corporate or entrepreneurial ladder.

Participants will discover how to:

Libby’s message of action and accountability was strong, impassioned and clear. Her interactive presentation struck a deep chord and really helped set the tone for our event.