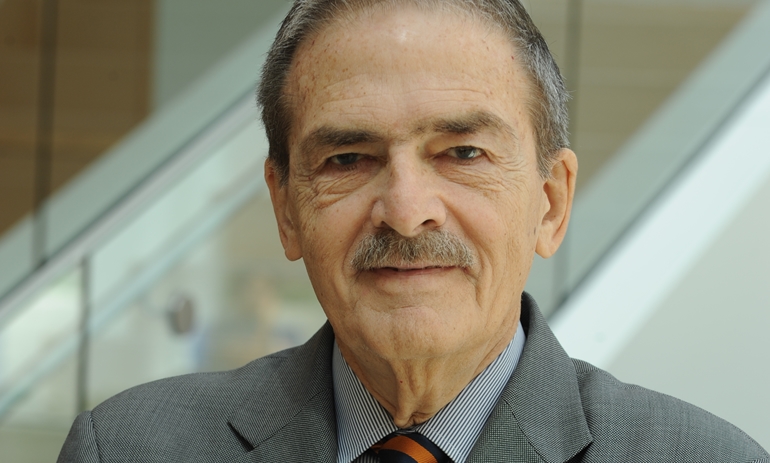 Marvin Zonis taught courses at Chicago Booth on the International Political Economy, Political Risk, and Business Leadership. He was the first professor at the Business School to teach a course on the effects of digital technologies on global business. In June, 2013, he was honored with the Norman Maclean Award for outstanding contributions to teaching and to the student experience of life on campus.

Zonis has written extensively on globalization, digital technologies, emerging markets, Middle Eastern politics, the oil industry, Russia, and U.S. foreign policy. He is a leading authority on the Middle East and has spent the last 50 years studying Islam and the Middle East. He is the former director of the Center for Middle Eastern Studies at the University of Chicago and former president of the American Institute of Iranian Studies. He has lived in Iran, hitchhiked in Afghanistan and Pakistan in 1963, studied Islam in Iraq beginning in 1964, and has traveled extensively throughout other parts of the region, as well.

His writings have been published in numerous journals. His books include Risk Rules: How Local Politics Threaten the Global Economy (May 2011); The Kimchi Matters: Global Business and Local Politics in a Crisis Driven World; The Eastern European Opportunity; Majestic Failure: The Fall of the Shah; Khomeini and the Islamic Republic of Iran; and The Political Elite of Iran.

What Marvin Zonis Talks About:

Marvin’s delivery style is energetic, and his materials are full of substance. He understands the different needs of a variety of audiences and delivers presentations on many levels for the most impact. He is a stimulating and magnetic speaker whose qualities are best illustrated through examples of his speeches and presentations and the feedback from the numerous business executives who have heard him speak.

Despite the attacks of September 11, 2001 and the wars in Iraq and Afghanistan and ongoing new terrorist threats, globalization is alive and well and slowly rebounding to pre-crisis levels. Businesses that seek success through globalization need to make better country bets. To determine where they should commit their businesses. They need to assess the prospects of countries for political stability and economic growth. Making better country bets offers the best prospects for prospering in the global economy. A set of 15 principles for getting globalization right| including estimates of corruption, leadership succession, external threats and others is offered to help businesses make effective assessments of country prospects.

Geo-Politics and Global Business in the New Decade

The twenty-first century will witness the most rapid changes in the history of the world. Technology is on an exponential growth curve. Powerful demographic trends have resulted in fewer births everywhere but especially in the rich countries and in dramatically ageing populations. Fears of climate change are driving public policy and private investments. A number of countries are achieving vast riches and enhanced national power. These and other forces will be identified and their effects on the global economy will be described. Companies that wish to succeed in this century must anticipate and prepare for these changes.

The Triumph Of The Markets: Global Politics And Economics

The gap between the rich countries and the poor countries is not widening. In fact, for the majority of the world’s population, that gap is diminishing. Some 60 developing countries have adopted many of the features of market economies and are growing their economies faster than the 30 richest countries. These rapid developers include India and China with 40 percent of the world’s population between them. As a result, the gap between a majority of the poor, living in these 60 countries, and the people in rich countries has been diminishing for a decade.

There are another 60 countries in the world that have not adopted the features of market economies and have not joined the trend towards globalization. Their populations are not only not getting richer, but frequently are actually getting poorer. The income gap between those failing states and the rest of the world is widening rapidly. It is from those countries that future global instability and threats to the U.S. will emerge unless the rich countries take concerted and vigorous action to generate economic development in those countries. The implications for business of these changes will be identified.

This was one of our most successful management conferences and we want to say 'thank you' for being part of it.