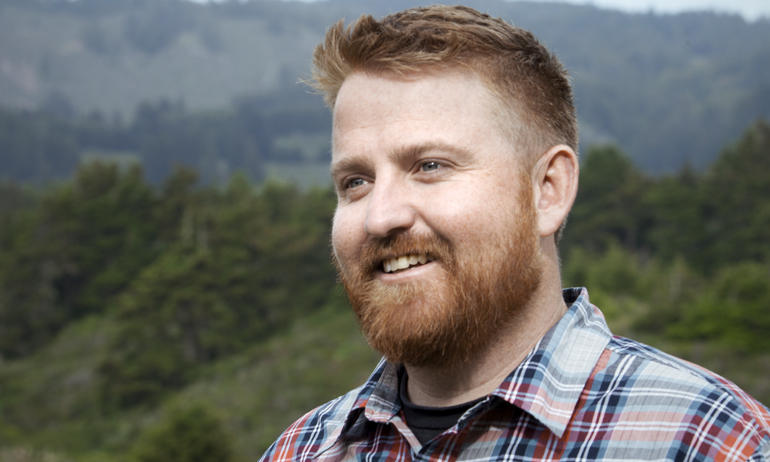 From dragging heavy sleds to the North Pole to sailing small yachts through some of the world's deadliest oceans. Adventurer Matt McFadyen has been there and done that.

As a keynote speaker and facilitator - Matt is an expert on building high performing teams, and has worked with organizations all over the world to engage, align, and inspire leaders and their teams. As a storyteller, he is world class. Inspirational. Relevant. Memorable.

In 2004 accompanied by 4 like minded individuals, 22-year old Matt set sail aboard a 43-foot yacht bound for Antarctica, the 54 day expedition would take Matt and the crew across one of the deadliest and dangerous oceans on the planet The Great Southern Ocean. Storms of mammoth intensity would engulf the small yacht for days on end, testing the resolve of the 5 weary sailors.

A near fatal knock down on their return home was the catalyst for change in Matt's life and the driver to continue raising the bar.

18 months after returning from Antarctica Matt became the youngest Australian to reach the North Pole. Matt has since returned to the North Pole on 2 more occasions as an expedition leader.

Using his unique personal experiences in the adventure world, Matt has delivered over 500 presentations on 4 continents and partnered with organizations across all sectors of business to help:

Matt's passion for life, his overall presence, and above all his unique ability to connect with any audience make him a must-see individual and speaker.

What Matt McFadyen Talks About:

A Journey to Leadership
In 5 short years, Matt went from being a 22-year old novice adventurer to co- leading his 3rd expedition to the North Pole & partnering with PricewaterhouseCoopers on an 18- month firm wide engagement program.

This top-talent focused presentation looks at how leading self, leads teams and leads the organization. This is a must have for any organization that wants to accelerate the leadership journeys of their next generation of leaders.

ANTARCTICA: Journey to the End of the Earth
As a 22-year old, Matt and 4 others set sail aboard a 43-foot yacht bound for Antarctica on a 54 day expedition across one of the deadliest and dangerous oceans on the planet.

On the return voyage, Matt and his team faced the full strength of the ocean battling a hurricane strength storm that almost took the lives of the 5 souls on board.

Matt’s presentation focusses on building a high performing team, overcoming extreme adversity and executing under pressure. Matt’s and the teams heroic fight for survival sparked a change in Matt’s life, and the event became the foundation of his leadership journey.

NORTH POLE: Sitting Still Means Going Backwards
Matt’s brush with death in the icy waters of the Great Southern Ocean ignited a passion to lead others to the ends of the earth. Matt became the youngest Australian to reach the North Pole, returning as an expedition co-leader on 2 more occasions.

Surviving -45°C temperatures to battling ice drifts that move the team backwards while dragging heavy sleds, Matt knows the perseverance needed to lead a team through challenge| change and ambiguity.

Matt’s presentation looks at how to build resilience, both personally and professionally, and how to inspire others to achieve their full potential.

BEYOND THE CIRCLE: The Beauty of Failure
In the summer of 2013, Matt attempted to row, sail and drag a 17.5-foot open boat across 3|000 miles of ice choked waterway known as the North West Passage. After 41 days of the coldest summer in decades having covered 1500 miles, Matt and his teammate Cameron were unable to continue due to the severe conditions.

After 2 years of planning, preparation and hard work both Matt and Cam struggled to deal with this looked upon failure — but with failure comes opportunity and incredible learning. Failure is inevitable in all aspects of life but how we process, analyze and learn from failure is a skill.

Matt looks at failure through a positive lens and challenges the audience to embrace failure, learn from failure and most importantly thrive from failure.

Our brief was to inspire. Our challenge was to be more courageous. Matt was the embodiment of both those things. Grounded, accessible, honest and real . . . and yet overwhelmingly impressive and charismatic.