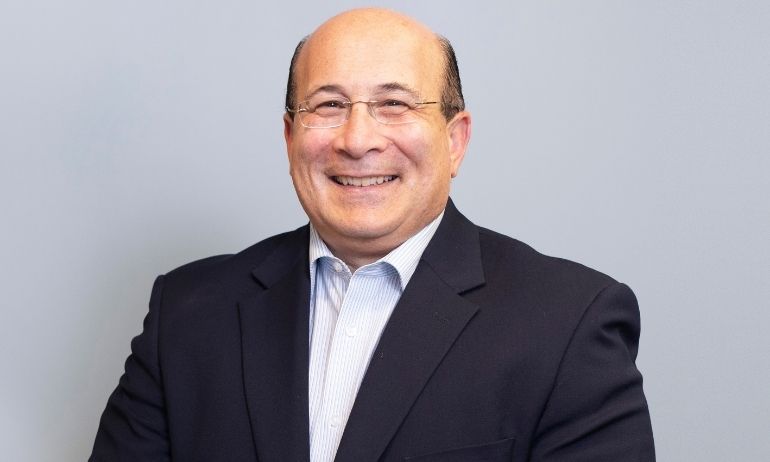 Ron Insana maintains that “Financial markets send messages. Heed them because forewarned is forearmed with respect to future economic, political and geo-political events.” What are the forces and trends driving and disrupting the business environment, the economy and how will they impact you, your industry, and your investment decisions? Those are the questions Ron has answered for viewers and listeners every single day for over three decades. Currently a contributor to CNBC where he also served as anchor and correspondent since 1991, Ron also hosts The Market Score Board Report, a thrice-daily nationally syndicated radio program.

As a financial journalist, Ron stands alone as someone who ran his own hedge fund - experience that adds to the depth of his insights. He’s also written for Moneymagazine, USA Today, and authored four best-selling books on investing and reading the financial market. In Ron’s speeches, he explains how Wall Street, Main Street and Washington intersect –translating the market signals and political maneuvers into actionable information everyone can understand and use - to protect what they have and find opportunities in any type of market condition.

Ron Insana was a trailblazer; among the first group of financial journalists who launched the Financial News Network (FNN) in 1984. When FNN merged with CNBC in 1991, Ron continued to cover the most important stories affecting the financial markets as an anchor and correspondent on CNBC and on other NBC news outlets. In the process, he became one of the most visible reporters broadcasting financial news.

During his broadcasting career, Ron received numerous honors for his work. He was named one of the "Top 100 Business News Journalists of the 20th Century" and was nominated for a news and documentary Emmy Award for his role in NBC's coverage of the 9/11 terrorist attack.

In addition to his work as a business journalist, Insana was the CEO of Insana Capital Partners, from 2006-2008, which, at its peak, managed the $125 million Insana Capital Partners Legends Fund. His hands-on experience in the financial industry – through some of the markets’ most turbulent times – gives Ron an added depth of perspective that few financial journalists can match.

Ron Insana has authored four best-selling books: How to Make a Fortune from the Biggest Bailout in U.S. History (2009); Traders Tales: A Chronicle of Wall Street Myths, Legends, and Outright Lies (1996), Trend Watching: Don’t Be Fooled by the Next Investment Fad, Mania, or Bubble (2002), and The Message of the Markets (2000).

In addition to writing, contributing, and advising, Ron Insana is a highly-regarded speaker on domestic and global economics, financial markets, and economic policy issues. He is also currently senior adviser at Schroders Investment Management.

What Ron Insana Talks About:

Economic Reality Check – A Snapshot of the Future
Whiplash may be the best way to characterize how it feels to try and navigate this economic landscape. With accelerating change and disruption everywhere, every day can feel like uncharted territory for business leaders. It’s made worse because the old models of predicting where the economy is headed aren’t as reliable as they once were.

Amid such uncertainty, Ron Insana leans on more than three decades of covering business and economic news to connect the dots to paint a picture of the economic future for business. This is a powerful look at the U.S. and global economies and the political, social, technological, and market forces that are driving them.

Decision 2020 – An Economic Crossroads
The upcoming presidential election is a sharp contrast in economic visions. What are the choices being offered? What are the economic consequences of each – for Main Street –for Wall Street? Ron Insana unpacks the candidates’ agendas and works to separate campaign rhetoric from reality; suggesting what might actually be politically achievable in the next presidential term in a non-partisan presentation.

What goes on in Washington doesn’t stay in Washington – it impacts the business environment like never before. What will 2020 mean for you, your business, your industry, and your investments? Those are the questions Ron Insana answers in this presentation.

Smart Money Moves – What to do Next
How can you protect what you have and find new opportunities in this uncertain investment climate? Ron Insana weighs in on stocks, bonds, interest rates, cryptocurrencies, real estate, and more with smart strategies for dealing with a complex global economy – and a U.S. economic expansion that some feel is long in the tooth and others say still has plenty of room to grow.

How can you effectively chart a course and minimize risk while still growing your investments? It’s a tricky question and Ron Insana offers solid answers with up-to-the-minute statistics to back up his observations. In an economic environment where dramatic change can occur in an instant, Ron Insana arms audiences with sound advice they can use to protect their economic future.

Ron Insana delivered the most insightful commentary across the political & economic landscape - all with great style and humour. Without slides or a script - he captivated the room without exception!