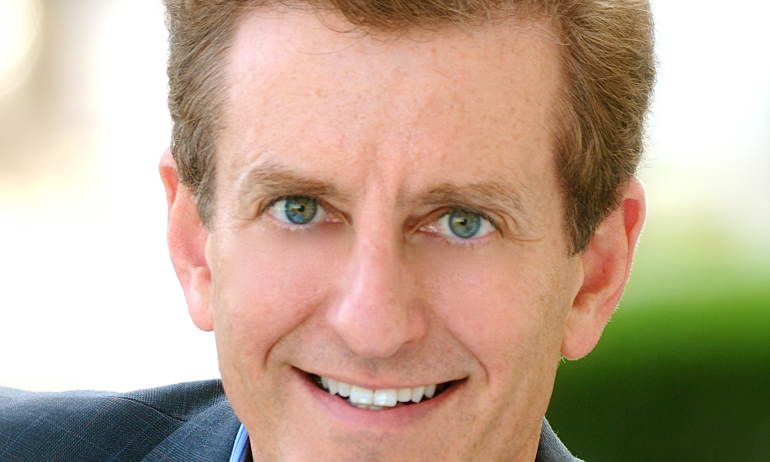 Todd Buchholz, Economist and keynote speaker, lights up economics with a wickedly sparkling wit, says the Associated Press. The former White House senior economic advisor, Tiger hedge fund managing director and best-selling author has jousted with such personalities as James Carville and Ben Stein. His lively and informative speaking engagements have earned him a place in Successful Meetings Magazine's 21 Top Speakers for the 21st Century, and his best-selling books on economics and financial markets have been widely translated and are taught in universities worldwide.

As a keynote speaker and commentator, Todd brings his experience as a former White House director of economic policy, a managing director of the $15 billion Tiger hedge fund, and a Harvard economics teacher to the cutting edge of economics, fiscal politics, finance, and business strategy. He is a frequent commentator on ABC News, PBS, and CBS - and recently hosted his own special on CNBC. Todd has debated such luminaries in the field of economics as Lester Thurow and Nobel Laureate Joseph Stiglitz. He is CEO and co-founder of educational software company Sproglit, LLC and was a fellow at Cambridge University in 2009.

Before joining Tiger in 1996, Todd was President of the G7 Group, Inc, an international consulting firm whose clientele included many of the top securities firms, investment banks and money managers in New York, London, and Tokyo, including Goldman Sachs and Morgan Stanley. His commentaries were closely read by officials at the Federal Reserve, Bundesbank and Bank of England. From 1989 to 1992 he served at the White House as a Director for Economic Policy. Todd won the Allyn Young Teaching Prize at Harvard - and holds advanced degrees in economics and law from Cambridge and Harvard. He also holds several engineering and design patents - and is a co-producer of the Broadway smash Jersey Boys.

Todd has authored numerous critically acclaimed and best-selling books - many of which he has developed into successful lectures and speaking events. His books have been translated into a dozen languages and are used in universities worldwide - including at Harvard, Duke, and Princeton. As an author - Todd is praised for his examination of economics, business and entrepreneurship in the context of global society.

Market Shock: 9 Economic and Social Upheavals that Will Shake Our Financial Future was released to rave reviews and dubbed outstanding by the Wall Street Journal. Todd has also published the best-selling New Ideas from Dead Economists, New Ideas from Dead CEOs, From Here to Economy and Lasting Lessons from the Corner Office - which garnered high praise from The New York Times and Financial Times. Named by Publishers Weekly as a top ten book for 2011 - his book Rush: Why You Need and Love the Rat Race has been praised by the Financial Times, Toronto Globe & Mail, Los Angeles Times and the BBC, among many others. Todd's most recent book The Price of Prosperity: Why Rich Nations Fail and How to Renew Them is about economics - sort of. But that’s just a starting-point for this compelling journey through sociology, anthropology, politics and above all history. A lively, well-documented and fundamental book - it's loaded with witty and provocative insight into the vexing question of our era: where do the prosperous nations go from here? Todd has also penned articles for the New York Times, Wall Street Journal, Washington Post, Forbes, and Reader's Digest.

Todd is a widely sought keynote speaker for his depth of experience, sharp wit and honest, entertaining delivery. He puts global politics and financial markets into perspective - and offers a positive understanding of the challenges and opportunities facing today's markets.

An experienced speaker and media personality, Todd gave a lecture at the White House entitled Clarity, Honesty and Modesty in Economics, and has delivered keynote speeches before such influential corporate and financial institutions as Microsoft, IBM, Goldman Sachs and the United States Chamber of Commerce. He has served as a consulting advisor to the White House, Microsoft, Allstate, Goldman Sachs, IBM, SAP and Toyota - and is routinely asked to provide perspective in newspapers such as the Wall Street Journal and the New York Times.

What Todd Buchholz Talks About:

Prosperity Ahead — or Not?
Todd will lead you through exploration of how demographics, technology and globalization are reshaping the economy and our future. He will pinpoint the signs of stock market rallies, the warning signs of slumps – and help you identify the political pressures on trade, debt and interest rates from the U.S. to the E.U. to China.

How to Compete in a Global Economy
Learn with Todd how the “scissors economy” cuts costs while creating new opportunities. He will outline the ways to build customer loyalty – even when facing unforeseen competition. Todd will identify which countries offer the best opportunities for investment and expansion.

Behavioural Economics Can Work for You
Todd will examine generational differences and how they impact your workplace and your customers. Learn how psychology shapes financial and customer choices – and learn the three words that most excite your employees, investors and clients.

Finding Hope in World Politics
Todd will lead the audience on a world tour to the “hot spots” that are on the cusp of economic and political change. He will help you to understand how presidents and prime ministers – from Washington to Beijing – make crucial decisions. Learn how globalization has lifted hundreds of millions out of poverty – while sparking protests about Brexit, NAFTA and NATO.

New Ideas from Dead CEOs
Discover with Todd the entrepreneurial secrets that launched McDonalds, Sony, Estee Lauder and Apple. Find out why Ray Kroc, Steve Jobs and Sam Walton conquered their competition. He will examine the brilliant and motivational lessons of the greatest CEOs – from which you can immediately apply to your business today. Explore whether now is the best time to lock in financing – and where around the globe are the best opportunities.

Todd Buchholz was just amazing. His energy, effervescence and educational material was just what we needed to kick-off our Conference.