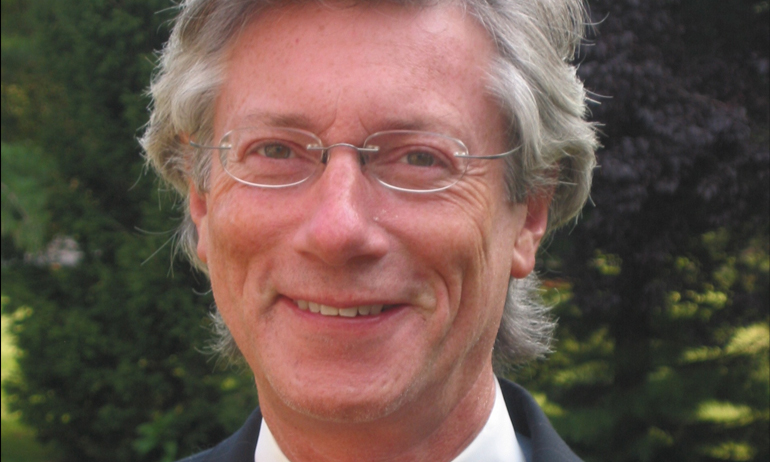 About Bernard Baumohl - Chief Global Economist of the Economic Outlook Group, Speaker and Writer on International Economy and Geopolitics:

Bernard Baumohl is Chief Global Economist at The Economic Outlook Group. He is well known for being ahead of the curve in assessing the direction of the U.S. and world economy. His ability to correctly predict the economy's path was recognized by the Wall Street Journal, which ranked Mr. Baumohl the most accurate economic forecaster for 2019.

Mr. Baumohl began his career as an analyst with the Council on Foreign Relations, a think tank specializing in international affairs and national security. He later served as an economist at European American Bank - with responsibilities to monitor the global economy and develop forecasts. Mr. Baumohl was also an award-winning economics reporter with TIME magazine who covered the White House, Federal Reserve and Wall Street.

A sought out international speaker, he frequently makes keynote presentations before conferences, workshops and legislatures - on the latest economic and geopolitical outlook. In additional to his current post as Chief Global Economist, Mr. Baumohl is on the faculty of the New York Institute of Finance - where he conducts seminars on how forward-looking economic indicators can help business leaders better foresee turning points in the economy. He has also previously lectured at NYU and Florida Gulf Coast University.

Mr. Baumohl is a member of the monthly Wall Street Journal Economic Forecast Panel - and his projections on the economy and geopolitical trends are frequently cited in the New York Times, Washington Post, Business Week, Financial Times, and on National Public Radio. He also served as a regular commentator on TV's Nightly Business Report.

Mr. Baumohl is author of The Secrets of Economic Indicators: Hidden Clues to Future Economic Trends and Investment Opportunities (Pearson Education). The best-selling book is in its 3rd edition - and has been translated into several languages, including Chinese, Japanese, Russian, and German.

He is  a recipient of the John Hancock Award for Excellence in Financial Journalism, and is a member of the National Association for Business Economics and the American Economic Association. Mr. Baumohl holds an M.A. from Columbia University's School of International Affairs.

What Bernard Baumohl Talks About:

What is the Outlook for the U.S. and International Economy?
Using both facts and humour, Mr. Baumohl lays out the opportunities and risks ahead for the U.S. and international economy. His talks cover the following themes: What is the outlook for consumer and business spending, jobs, inflation, interest rates and the dollar? What is the future of U.S. – Chinese relations ? What are the implications for the global economy? To what extent will US domestic turmoil impact business activity? What are the main economic and geopolitical threats ahead? Most important of all – what actions can companies take to protect themselves against such disruptive events.

Geopolitical Risks: Where is the World Headed?
Rarely have business leaders and investors confronted so much uncertainty about the future, simply put – we live in a crisis-prone global economy. There is political paralysis in Washington, economic distress in Europe, dangerous conflicts in the Middle East and Eastern Europe – and rising tensions in Asia. You can almost hear the geopolitical pot boiling furiously. Yet the sobering fact is corporate managers and investors still need to make decisions – and be able to justify them. Mr. Baumohl tackles all the key issues: Which shocks are most likely to erupt in the future? What implications will they have for the economy? How can you protect your business with so many global storms brewing.

Mr. Baumohl is an extraordinary economist. He was able to paint the U.S. macroeconomic environment in a clear, concise fashion. He is also the most accurate economist I have ever met.