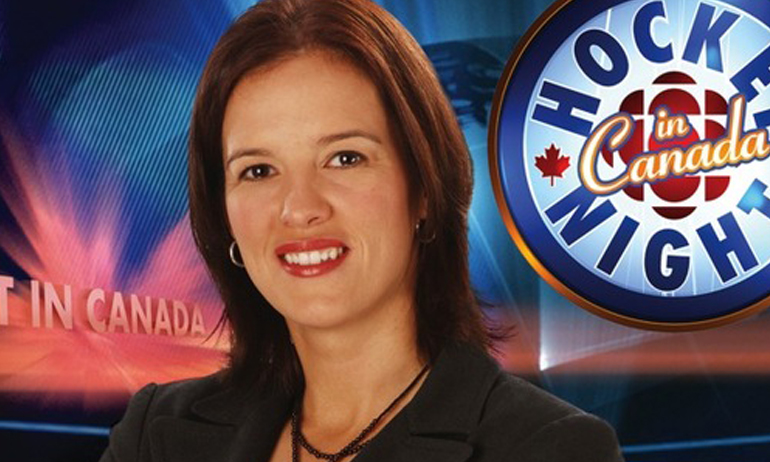 Cassie Campbell is a sought after corporate and keynote speaker, drawing on her accomplishments as the captain of both gold-medal winning Canadian Women's Olympic Hockey Teams (2002 and 2006) - to explore the topics of  leadership, teamwork, determination and coming out of your comfort zone. Millions of viewers around the world heard Cassie's commentary and analysis of Women's Hockey at the 2010 Vancouver Olympic Games.

Cassie Campbell won 21 medals with Canada's National Women's teams, including 17 gold medals and four silver medals. She is a six-time World Champion gold medallist - and won silver at the 2005 World Chamionships. Cassie Campbell is the only captain, male or female, to lead Canada to two Olympic gold medals. When Cassie Campbell was dressed for Team Canada, her team had a 129-26-2 record.

In addition to a very successful career in sports, Cassie Campbell was also the first woman to do colour commentating on Hockey Night in Canada on October 14th, 2006 - when the Toronto Maple Leafs took on the Calgary Flames. She currently works as a TV analyst for TSN's women's hockey coverage and for CBC's Hockey Night in Canada. Cassie has worked as a colour commentator for TSN, The Score and the NHL Network - and does radio work for Calgary Flames games on the FAN 960. She was one of the voices of Canadian Women's Olympic Hockey at the Vancouver 2010 Olympics.

Cassie Campbell runs an annual street hockey tournament in Calgary, Alberta to benefit the Ronald McDonald House. Along with Hockey Hall of Famer's Bobby Orr and Mike Bossy - Cassie is a spokesperson and host for Hockey Canada's Chevrolet Safe & Fun Hockey program. She is a Special Advisor to Scotiabank for it's hockey programs and properties, proud supporter of World Vision and spokesperson for Callaway Golf, promoting, amongst other things, women in golf.

What Cassie Campbell-Pascall Talks About:

Cassie’s combination of topics will assist with bringing a new and enhanced winning attitude to your executive team and your work force.

Her keynote speech inspires, informs, and entertains. Cassie Campbell talks about how she turned her athletic accomplishments into one of the most sought after jobs on television covering the NHL on CBC’s Hockey Night in Canada. Cassie Campbell is a down to earth, passionate speaker that will motivate and leave a lasting impression on your staff.

The performance and sportsmanship of Cassie and the Canadian team in Salt Lake City reflected the best of Canada.