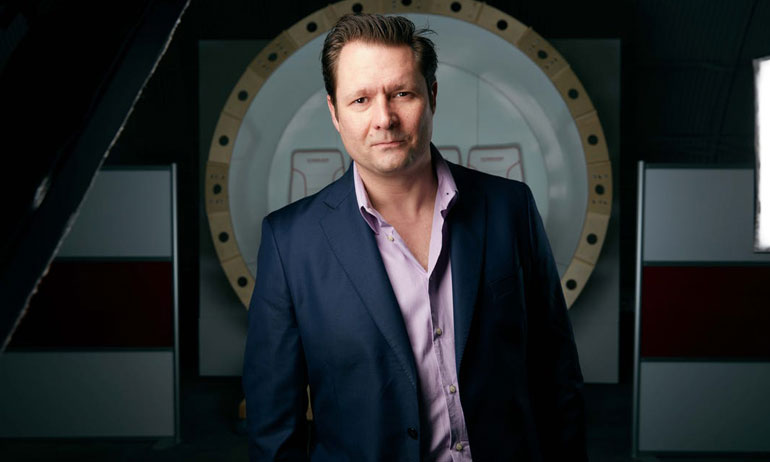 Dirk Ahlborn is an entrepreneur keynote speaker and the founder and CEO of JumpStarter Inc. JumpStarter is a web portal that creates smarter and more successful companies by using crowdsourcing to fund ideas from initial conception to final product. Dirk is also CEO and Co-Founder of Hyperloop Transportation Technologies. It is JumpStartFund’s well-known undertaking to make the Hyperloop become reality, by using its crowd collaboration concept.

Dirk started his career in 1993 as an investment specialist in Berlin, Germany. After moving to Italy in 1997, he founded several companies in the alternative energy and interior design space. In 2006, he successfully sold one of these companies to a global alternative energy conglomerate.

He is a serial entrepreneur with experience in almost every element of business. His careers have taken him through management, product design, development, manufacturing, production facility design and set up, production cost control, marketing, product distribution, customer service, and sales.

Before co-founding Jumpstarter, he was at the Girvan Institute of Technology, an incubator-accelerator for early-stage high-tech companies. At Girvan, beginning in 2009, he was instrumental in the development of several startup companies, most notably Advanced Turbine Designs, a developer of natural-gas-fueled gas turbine generators for combined heat and power. In the course of his multi-faceted activities at Girvan he also managed mobile and web application developments as well as search engine optimization and online marketing.

Prior to 2009, his activities were centered in Germany and Italy. Dirk is fluent in German and Italian and proficient in conversational Spanish. He holds the credential in banking and insurance from the Organization of German Industry and Commerce.

What Dirk Ahlborn Talks About:

Building the Hyperloop
After Tesla and SpaceX opened up the Hyperloop Transportation project to the public, Dirk’s company JumpStarter took on the task of making airplane-speed travel at ground level a reality. With the ability to turn travel times between major cities from hours to minutes, Hyperloop will disrupt the travel industry as we know it. In this talk, you will hear behind-the-scenes details about the planning and constructing of the Hyperloop, its international reach, and how crowdsourcing made it all happen. Get in the loop on the next biggest technological breakthrough.

Building Breakthrough Innovations with Crowd-Powered Ecosystems
When Dirk Ahlborn took on the challenge of creating the world’s first hyperloop transportation system, he knew he would have to use the world’s collective passion to turn his idea into a reality. By inviting over 800 people to work a minimum of 10 hours per week in exchange for future equity, his company Hyperloop Transportation Technologies has been able to work on solutions for culture, technology, intellectual property and more on a global scale. In this exciting and enlightening talk, Dirk will share how his company was able to innovate with crowdsourcing and how you can benefit.

The New Business Models that Will be Changing Your Industry
Technology is changing your business model. We have gone from products to subscriptions and customer service to customer experience. But technology will not only change how customers interact with our services, but also how businesses solve their clients’ problems. Dirk Ahlborn, co-founder of JumpStarter and Hyperloop Transportation Technologies (HTT), is at the forefront of this movement. With HTT, Ahblorn has been using crowdsourcing to problem solve transportation issues on a global scale. But that’s not the only technology that will change your business. Blockchain is already cutting out intermediaries to provide a more decentralized and trustworthy transaction system. In this talk, Ahlborn will share how your industry is changing and how to find opportunity in these new technologies.

Invest in People, Not Businesses
Businesses aren’t successful on their own; it’s the people who make a company successful. However, not every team has the funding to turn their great idea into a great product or service. What if we could invest in people instead of companies? Dirk Ahlborn, the mind behind JumpStarter and Hyperloop Transportation Technologies, believes angel investors should invest in the people not products. It’s the entrepreneurial spirit that carries a business through adversity. By investing in the mind behind the product, and entrepreneur is given the freedom to explore their business ventures. In this talk, Ahlborn will share how investing in people can make for a stronger commitment to success.

Dirk Ahlborn delivered an inspiring talk at the...Open Innovation Forum in Moscow alongside Mr. Medvedev, Paul Misener from Amazon and Ofir Akunis from the Minitry of Science, Technology & Space in Israel. He demonstrated to our 12,000 participants a new future of possibility by using innovative thinking and technology. We recommend him as a speaker...