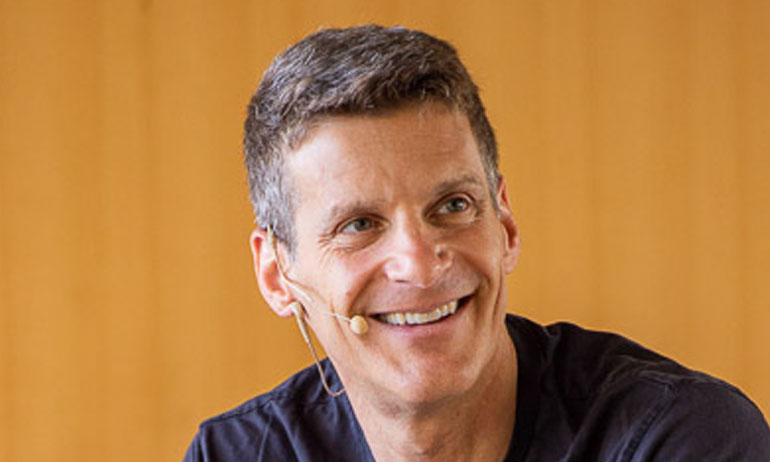 Peter Bregman is recognized as the #1 executive coach in the world by Leading Global Coaches. Peter coaches CEOs and senior leaders in many of the world’s premier organizations. Having started his career teaching leadership on wilderness and mountaineering expeditions, Peter is CEO of Bregman Partners - an executive coaching company that helps successful people become exceptional leaders and stellar human beings.

Peter is ranked as a top 30 thought leader by Thinkers 50 Radar - and selected as one of the top 8 thought leaders in leadership. He is the award-winning, best-selling author and contributor of 16 books - including, most recently, Leading with Emotional Courage: How to Have Hard Conversations, Create Accountability, and Inspire Action on Your Most Important Work. His book, 18 Minutes: Find Your Focus, Master Distraction, and Get the Right Things Done, was a Wall Street Journal best-seller, winner of the Gold medal from the Axiom Business Book awards, named the best business book of the year by NPR - and selected by Publisher’s Weekly and the New York Post as a top ten business book. He is also the author of Four Seconds: All the Time You Need to Replace Counter-Productive Habits with Ones That Really Work, a New York Post "Top Pick for Your Career" in 2015, and Point B: A Short Guide to Leading a Big Change.

Peter is the host of the Bregman Leadership Podcast, which offers insightful conversations with industry thought leaders - on how to become more powerful, courageous leaders. He is also a regular contributor to the Harvard Business Review, and his articles and commentary appear frequently in Bloomberg BusinessWeek, Fast Company, Psychology Today, Forbes, The Financial Times , PBS, ABC, CNN, NPR, and FOX Business News.

Peter created and leads the Bregman Leadership Intensive, a four-day program that transforms the way people lead - by increasing their confidence in themselves, their ability to connect with others, their commitment to what’s most important, and their emotional courage.

Peter earned his B.A. from Princeton University and his M.B.A. from Columbia University.

LEADING WITH EMOTIONAL COURAGE
Based on his most recent book Leading with Emotional Courage: How to Have Hard Conversations, Create Accountability, and Inspire Action on Your Most Important Work, best-selling author Peter Bregman unlocks the secrets of highly successful leaders – no matter their role or level in the hierarchy, and pinpoints the missing ingredient that makes all the difference: emotional courage.

Emotional courage distinguishes powerful leaders from weak ones. It means speaking up when others are silent and remaining steadfast, grounded – and measured in the face of uncertainty. It means responding productively to political opposition, maybe even bad-faith backstabbing – without getting sidetracked, distracted or losing your focus.

In this engaging and interactive presentation, Peter shows audiences:

This keynote is a guide for becoming a great leader – a leader who has the power to speak with courage to align teams, inspire action, and achieve stellar results.

18 MINUTES: FIND YOUR FOCUS, MASTER DISTRACTION, AND GET THE RIGHT THINGS DONE
We squander a tremendous amount of our potential – and organizations waste a tremendous amount of their people’s potential by focussing on the wrong things or not following through on real priorities. It’s not that people don’t try hard enough – it’s that their efforts don’t reap the benefits they could.

Drawing from his best-selling book, 18 Minutes: Find Your Focus, Master Distraction, and Get the Right Things Done – Peter sets out the new, simple rules for leading in a way that brings focus to an organization and makes the best use of everyone’s talents.

In this engaging, story-based and very practical keynote – Peter offers ideas, practices, tips, mind hacks and gentle nudges to help leaders bring focus to their people and their organization.

MANAGING CHANGE WITHOUT RESISTANCE
Seventy percent of all major change efforts fail – mostly because of rampant fear, anxiety and resistance. But it doesn’t have to be that way. Far from inevitable, resistance is a direct result of how we manage change.

Peter Bregman has successfully designed and executed major change efforts, involving thousands of people – at some of the world’s most prestigious companies of all sizes.

Peter’s experience proves that resistance is optional, an unintended consequence of the way most leaders try to execute change. His key insight: “People don’t resist change – they resist being changed.”

In this presentation, Peter teaches a simple mind shift, and a few basic, easily implementable strategies that can completely transform how managers and leaders lead – and how the whole organization perceives change.