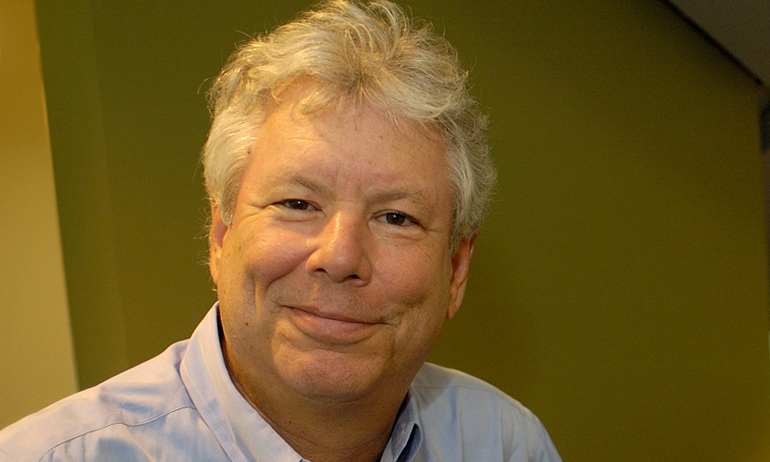 About Richard Thaler - Foremost Authority and Speaker on Behavioral Economy:

Richard Thaler won the Nobel Prize for Economics in 2017 for his work on behavioral economics. Richard studies the psychology of decision-making which lies in the gap between economics and psychology. He investigates the implications of relaxing the standard economic assumption that everyone in the economy is rational and selfish, instead entertaining the possibility that some of the agents in the economy are sometimes human. Thaler is the director of the Center for Decision Research, and is the co-director (with Robert Shiller) of the Behavioral Economics Project at the National Bureau of Economic Research.

Thaler is the co-author (with Cass R. Sunstein) of the global best seller Nudge in which the concepts of behavioral economics are used to tackle many of society’s major problems. In 2015 he published Misbehaving: The Making of Behavioral Economics. He has authored or edited four other books: Quasi-Rational Economics, The Winner's Curse: Paradoxes and Anomalies of Economic Life, and Advances in Behavioral Finance (editor) Volumes I and II. He has published numerous articles in prominent journals such as the American Economics Review, the Journal of Finance and the Journal of Political Economy.

Before joining the University of Chicago faculty in 1995 Thaler taught at the University of Rochester and Cornell as well as visiting stints at The University of British Columbia, the Sloan School of Management at MIT, the Russell Sage Foundation and the Center for Advanced Study in Behavioral Sciences at Stanford.

What Richard Thaler Talks About: