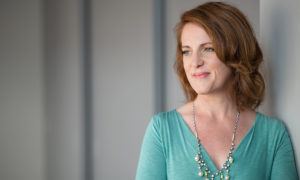 I had a plan, but the plan had to change. They often do.

My intent was to start the day with a block of concentrated time on a big, long-term project. But I realized that doing that meant giving short shrift to the preparation demanded by an imminent project.

I had to scuttle my plan entirely and start from scratch.

This is one example of what we mean when we talk about resilience—recognizing the need to change, and having the ability to adapt, without a lot of sturm und drang. I like to think I’m getting a better handle on doing that.

But that’s a sideline only, not really the point here.

The feeling of being hurried is not usually the result of living a full life and having no time. It is on the contrary born of a vague fear that we are wasting our life. When we do not do the one thing we ought to do, we have no time for anything else — we are the busiest people in the world. — Eric Hoffer

Doing the most important thing first helps us build momentum. Conversely, getting our priorities wrong can undermine our momentum, not just for the most important things, but for everything else downstream too. Just as we have a hierarchy of needs, we usually have a hierarchy of need-to-dos. There’s what we would like to do, what we need to do that can wait, and what we need to do first.

There were a couple of risks for me in the big vs. imminent project situation. I could work on Big and make some progress, but Imminent would suffer. Its delivery would have been ho-hum, I would have been deflated; my momentum would have been undermined. Ineffectiveness and mediocrity can be contagious, passed on from one project to another.

Then there’s the risk that a big, long term project can be procrastinated too long in favor of the constant parade of imminent deadlines. Postponement can only be temporary. We do first things first for momentum—the coin that we then spend on other priorities; if we squander it we may be worse off than if we’d never gained it in the first place.

By deciding to give attention to the more urgent priority first, I put myself in a position to really show up for that project and delight the client. The confidence rush from that fueled the work I did the day after, including work on the long-term biggie.

Because momentum is a powerful force, greater than the sum of its parts. We understand what it means to show up and how we want to show up at our best for everything. And increasingly, we do that.

Some things don’t go well despite our best efforts. But many, many more don’t satisfy simply because we don’t show up. Maybe that doesn’t always seem important. But when we show up, we build momentum for the next thing. Which may be very important.

The cost of not really showing up isn’t just the cost of one thing not going well, it’s the compounding effect on momentum over time, which can be very costly indeed.

Author, Harvard Business Review contributor and Co-Founder, with Clayton Christensen, Rose Park Advisors’ Disruptive Innovation Fund, Whitney Johnson is an expert on disruptive innovation and personal disruption; specifically, a framework which she codifies in the critically acclaimed book Disrupt Yourself: Putting the Power of Disruptive Innovation to Work.  She developed her proprietary framework and diagnostics after co-founding The Disruptive Innovation Fund with Harvard Business School’s Clayton Christensen. This framework is complemented by a deep understanding of how executives create and destroy value, having spent nearly a decade as an Institutional Investor ranked equity analyst on Wall Street.