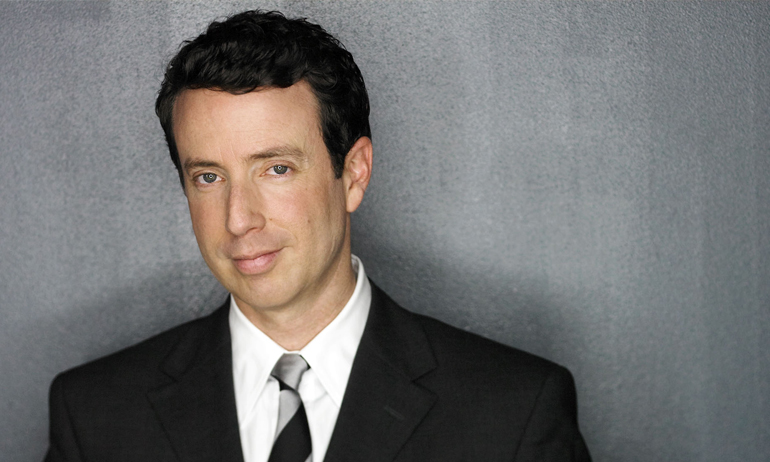 For almost 20 years Adam Growe has been performing in radio, television and on stage. He has distinguished himself as a talented comedian and host in the club, corporate and multimedia markets.

Currently, Adam is the Host of Discovery Channel Canada's Cash Cab and is touring theatre venues with his Comedy & Quiz Showe. He is one of Canada's most accomplished stand-up comedians, starring in his own Just for Laughs Gala, as well as Comedy NOW!, on CTV and CBC's, COMICS!. Adam was also featured on Comedy Central's, Premium Blend in New York and CBS's, Star Search in Los Angeles. Adam has performed at the Montreal, Vancouver, Winnipeg and Sudbury Comedy Festivals.

Adam appeared in two seasons of YTV's, Monster Warriors, as well as numerous acting roles in TV movies such as, Shades of Black, the Conrad Black story. For many years Adam was the Host and Producer for TVO's live, on-air Membership Campaign.

Working for over a decade as an FM Radio Announcer, Adam continues to contribute humour segments to Laugh Attack, XM 153 and CBC Radio One's, Definitely Not The Opera.

What Adam Growe Talks About:

Adam’s unique background in radio, TV, comedy and marketing allow him to bring a distinct perspective when entertaining the corporate community. His years working as an FM Morning DJ and television host, combined with his commanding energy on stage and intelligent comedic observations, have made Adam a trusted commodity with numerous corporate clients. Adam has also worked with organizations developing promotional and sponsorship marketing strategies. As a result, Adam is a natural fit and a favourite in the corporate comedy market.

Whether they are conferences, group seminars, customer appreciation events or staff celebrations, Adam can customize his material to satisfy the occasion, as well as the needs of your corporate mandate, product launch, team building initiatives, or training programs.

Win money right out of Adam’s pocket in a unique and uproarious stand-up comedy quiz show, where the audience can participate as contestants for cash prizes live on stage! Adam hits the stage to do stand-up comedy while giving people in the audience a chance to win money by answering his custom quiz show questions.

The Power of Comedy