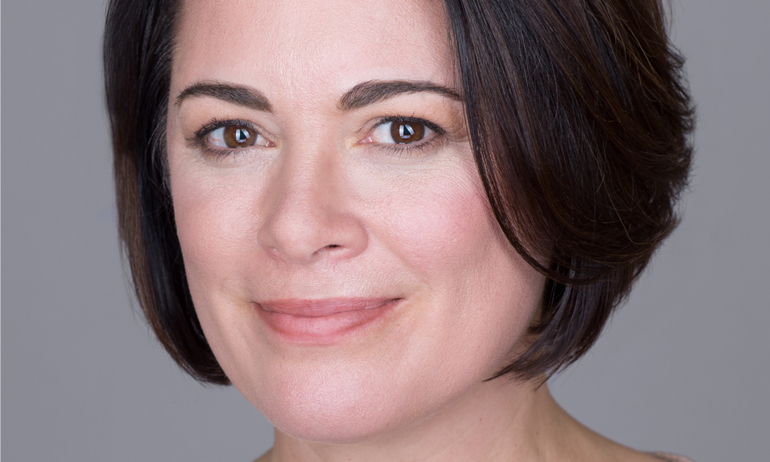 
Col. Nicole Malachowski (USAF, Ret.) defies stereotypes. Yes, she was a jet fighter pilot, but if you think you know her based on that, you’d be wrong. A leader, a combat veteran, the first woman pilot on the Thunderbirds Air Demonstration Squadron, a White House Fellow, and an inductee into both the National Women’s Hall of Fame and the Women in Aviation International Pioneer Hall of Fame, Nicole’s distinguished 21-year Air Force career exceeded her wildest dreams. But the dream came to an end when a devastating tick-borne illness left her struggling greatly to speak or walk for almost nine months. An indomitable spirit, Nicole fought back against overwhelming odds and prevailed. Drawing on stories from her career and personal life, Nicole inspires audiences to rethink the challenges they face every day. She urges them to go beyond resilience and become resurgent.

Drawing on her extraordinary Air Force career, Nicole offers lessons on leadership, followership, facing change and overcoming adversity - she brings her experience and inspirational story to the stage and holds audiences spellbound with an easygoing authenticity of someone who’s achieved greatness. She’s been a member and leader of exceptional teams. She has faced overwhelming challenges and adversity and has come out on top.

While other high school students were practicing for their driver’s license, Nicole was accumulating flight time. She was sixteen years old when she took her first solo flight - and from that point on there was no stopping her. While in high school, she joined the Civil Air Patrol and participated in Air Force Junior ROTC. Nicole’s professional story began when she earned her commission from the United States Air Force Academy in 1996. Following graduation, she attended Undergraduate Pilot Training (UPT) at Columbus AFB, MS and began her career as a pilot. Competitively selected to fly combat aircraft, she was among the first group of women to fly modern fighter aircraft. As a career pilot, she served in combat as an F-15E Flight Commander, Evaluator, Instructor Pilot and Flight Lead. Over her 21-year career, Nicole achieved the rating of Command Pilot with over 2,300 flight hours in six different Air Force aircraft. She was also selected to fly as Thunderbird #3 with the USAF Air Demonstration Squadron - the first woman to fly on any Department of Defense military jet demonstration team. Colonel Malachowski has served as a mission ready fighter pilot in three operational F-15E fighter squadrons - and has flown over 188 combat hours, including her proudest moment as a fighter pilot: leading the first fighter formation to provide security for Iraq’s historic democratic elections in 2005.

On the ground, Nicole was a White House Fellow, class of 2008-2009, where she served on the Presidential Transition Support Team (PTST) while assigned to the U.S. General Services Administration. The White House Fellows Foundation and Association awarded Nicole the 2019 IMPACT Award for demonstrating both remarkable achievement and transformational contributions in her field - as well as a sustained commitment to the White House Fellows program. Nicole also served two high-level staff assignments at the Pentagon - one in the Office of the Secretary of Defense (OSD P&R) as well as the Secretary of the Air Force Office of International Affairs (SAF/IA). She also served as the Executive Director of the White House’s national ‘Joining Forces’ initiative where she directly advised former First Lady Michelle Obama and Dr. Jill Biden on all topics relating to service members, veterans, and military families to include employment, education, mental health, veterans’ homelessness and more.

Nicole’s operational F-15E assignments include two tours of duty at RAF Lakenheath, United Kingdom as well as one operational assignment to Seymour Johnson AFB, NC. She has also served alongside the United States Army 2nd Infantry Division, Camp Red Cloud, Republic of Korea, as an Air Liaison Officer. During her second assignment to Seymour Johnson AFB, NC, she had the honour of commanding the 333rd Fighter Squadron - leading an elite cadre of F-15E Instructors in the training of the next generation of combat aviators. Further, she was responsible for resources totaling over $1.1B and the execution of a $119M annual flying hour program.

Nicole earned a Master of Arts, with honors, in National Security Policy from American Military University and a second Master of Arts, with highest distinction, in National Security and Strategic Studies from the U.S. Naval War College. While there, she earned the Admiral Stephen B. Luce Award as the class honour graduate, the first Air Force officer in the history of the Naval War College to do so. Nicole has been recognized with several honours for her consistent contributions to community service. As Nicole continues to recover from her neurological tick-borne illness, she embraces any opportunity to educate others about her medical journey - and gains energy from educating others about this growing epidemic. She is on the Board of Directors at the LivLyme Foundation and is a Patient Advisory Board Member of The Dean Center for Tick Borne Illness.

What Col. Nicole Malachowski Talks About:

Harnessing Headwinds of Change
In flying, headwinds slow you down. At their worst, they cause you to change your plans and impact the effectiveness of weapons in combat. Headwinds demand that pilots be resilient and resourceful, literally on the fly. “Headwinds are the perfect metaphor for the change impacting organizations and individuals today,” says 21-year Air Force veteran Nicole Malachowski. A former fighter squadron commander and mission-ready pilot in three operational fighter squadrons and the first woman to fly on the Air Force Thunderbirds, Nicole has the perfect message to inspire audiences to think differently about the headwinds of change they face – organizationally and personally. Drawing on her extraordinary Air Force career, Nicole offers lessons on leadership, followership, and overcoming adversity. She weaves storytelling with breathtaking video from the cockpit of her jet as the Thunderbirds execute precision turns, rolls, and loops – all just 36” from one another at 400 mph – and just 300 feet off the ground. Nicole’s keynote helps audiences ignite their own indomitable spirit in order to succeed far beyond what they might dream. “Failure isn’t fatal,” she says, “it’s the price of entry if you want to achieve something great.”

Pushing the Envelope: Being the Best When it Counts
What does it take to be the best? The individuals and teams who achieve at the highest levels have one thing in common: they push the envelope and go to the edge of boundaries. They accomplish as much as possible and do it to a standard of excellence. Pushing the envelope is an aviation term for taking an aircraft to the maximum limits of its abilities. In the business world, pushing the envelope means knowing yourself – certainly knowing your limits – all while using every bit of your ability to maximize your performance, be your best and be consistent. As a combat-tested fighter pilot and a member of the military’s most elite group of aviators (1 in 2,000 USAF pilots become Thunderbird pilots), Nicole Malachowski inspires audiences with lessons learned from a distinguished 21-year career – giving them the courage to push the envelope in their own lives. That means using inevitable failures to launch to the next level…preparing for turbulence, because change is unrelenting, and it is hard, but you must anticipate it…trusting in teammates’ skill and precision, while developing your own…and being mindful of the over-control that leads to performance malfunctions and mutes achievement. Nicole’s presentation provides an unforgettable and practical roadmap for individuals and organizations looking to make the most of their talents and efforts.

Breaking Barriers: Conquering Self-Doubt and Cultural Paradigms
Every great accomplishment involves breaking barriers – both culturally and within. Nicole Malachowski is a trailblazer who succeeded in a traditionally male-dominated career field: the world of the fighter pilot. As uncomfortable and risky as stretching the limits of yourself and your surroundings might be, Nicole tells audiences there’s no reason to allow that to dictate your goals and aspirations. She became one of the first women to fly a modern-day fighter aircraft, the very first woman to fly with the Air Force Thunderbird aerial demonstration team, and she was inducted into the Women in Aviation International Pioneer Hall of Fame. She is relatable to women and men with a fascinating narrative of exactly what it took to be a woman vanguard and break tradition. Nicole offers actionable tools and real-world lessons about pursuing her dream, making choices, all while building a family and achieving success in a career where few women had gone before. Nicole inspires audiences with a message rooted in her personal mantra – “Nobody wants to lead a scripted life.”

An indomitable spirit whose life journey adds such warmth and depth to her powerful message. Nicole is relatable to women and men with a fascinating narrative of overcoming trials and tribulations -- all while being an unwitting trailblazer in aviation, in leadership, in social awareness and in medical care.