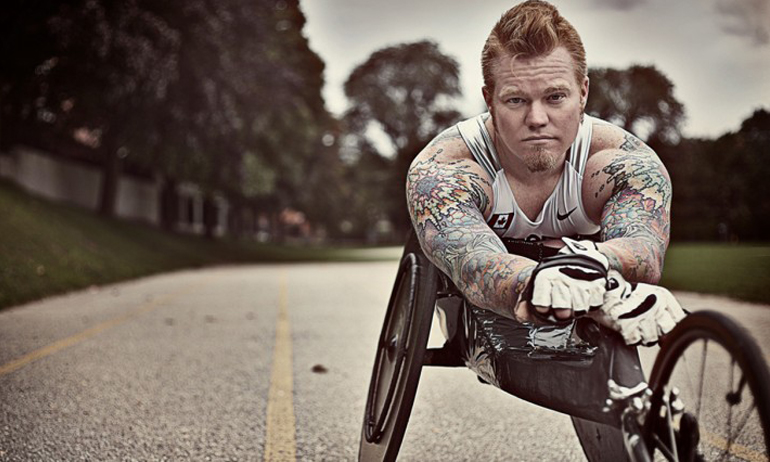 For Jeff Adams, a wheelchair is a vehicle for success. This five-time Paralympian and six-time World Champion in wheelchair sports is living proof that focus, determination, and spirit are the keys to achieving “gold medal” dreams. Combining his unique understanding of life’s challenges with his experience as a world-class athlete, Jeff synthesises his experience in sport, government, and business into messages that show how the path to success is often the same, regardless of the goal that is being pursued.

A rare breed of athlete, Jeff successfully transitioned from sport to business.  Over the last decade, he founded and sold two companies, Marvel Wheelchairs and Icon Wheelchairs, raising over $6 million dollars in private equity funding for the startups. Marvel underwent an acquisition in 2010, and Icon was acquired in 2015. Jeff is currently the Executive Director of the ArtsGames Foundation.

Jeff started using a wheelchair at nine years old; the radiation therapy that saved his life while battling cancer in infancy had, by nine, permanently damaged his spinal cord. Since then, he has faced this monumental challenge admirably, competed in six consecutive Summer Paralympics, from 1988 to 2008, and winning a total of three gold, four silver, and six bronze medals.

Jeff has appeared in television commercials, acted as a global spokesperson for multinational corporations, and worked as a journalist and commentator for media. He served as Chair of the Accessibility Committee for the Toronto 2008 Olympic Bid Committee, and is Chair of the Ontarians with Disability Advisory Council. He is a recent inductee into the Terry Fox Hall of Fame.

What Jeff Adams Talks About:

Celebrating
Celebrating is important. The fireworks that inspire us in sports needs to happen in life too, at work and at play. How to make sure that celebrating breeds success in your business team or community.

Getting Back Up
There are times in our lives when we need to understand how to come back from a disappointment. Whether it’s surviving cancer, learning how to use a wheelchair, or crashing in the last lap of the Olympics, the getting up part is always much more important that the falling down part, and we rarely have to do it alone.

Incredible Moments
The Olympics and Paralympics reunite a world full of people with incredible moments. Athletes understand that getting ready to live those moments doesn’t happen overnight. How to get ready for your moment of excellence, whether it’s at school, work, sports, or life.

One Step at a Time
Setting unrealistic goals, and achieving them. Whether it’s climbing the CN Tower in a wheelchair, winning a gold medal at the Paralympics, or being the best in business, the process to ensure success is the same.

Turning Coal into Diamonds
Understanding how to make the most of every situation – sports techniques that work in real life.

Thank you for kicking our ceremony off in such a dynamite way. I am truly impressed with your flair on stage...I couldn't have imagined the event without you.