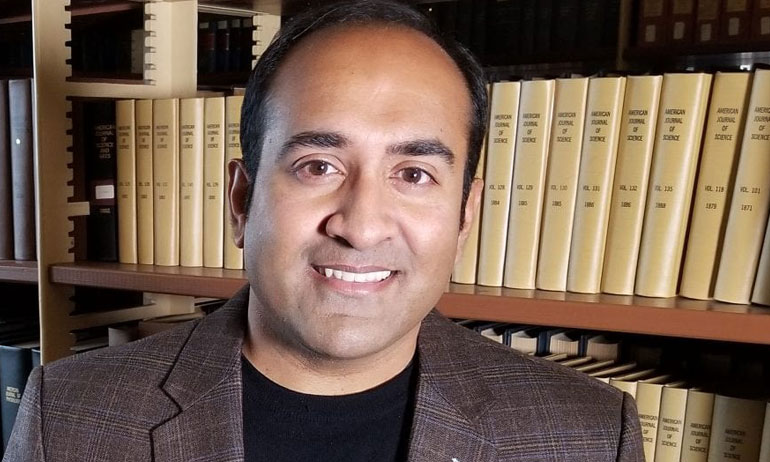 
Rohit Bhargava is an innovation and marketing expert, skilled facilitator, and keynote speaker. After a successful 15-year career as a brand and marketing strategist at two of the largest agencies in the world (Ogilvy and Leo Burnett) - Rohit became an entrepreneur and has since started three companies.

He is the Wall Street Journal best-selling author of six books on topics as wide ranging as the future of business and building a brand with personality - and has delivered sold out keynote presentations and workshops to business leaders in 32 countries. His hallmark book Non Obvious is updated annually with 15 new trend predictions, has been read and shared by more than 1 million readers - and is translated in ten languages. His new updated version slated for release on 07-January-2020 is Non Obvious Megatrends: How to See What Others Miss, Predict Trends and Win the Future. Rohit has been invited to share his insights at some of the most forward-looking organizations in the world including Intel, NASA, Disney, JP Morgan Chase, LinkedIn, Microsoft, American Express, BP, the World Bank, Coca-Cola and hundreds of others.

Outside of his consulting work, Rohit also teaches his popular signature course on storytelling and marketing at Georgetown University in Washington DC - and has been invited to deliver guest lectures at many other prestigious schools including Stanford and Wharton. For the past 14 years Rohit has also been writing his personal “Influential Marketing Blog” which has been featured in global media and named One of The top 25 Marketing Blogs in the World by AdAge Magazine. He is regularly interviewed and featured as an expert commentator in global media including Harvard Business Review, The Guardian, and NPR. Rohit also writes a monthly column for GQ magazine in Brazil on technology and trends.

Thanks to his many years of sharing insights, Rohit has been recognized alongside visionary business leaders like Sir Richard Branson and Tom Peters as a “Top 100 Thought Leader In Trustworthy Business Behaviour” and was named by global recruiting firm Korn Ferry as one of the “Most Influential South Asians in Media and Entertainment.”

On a personal level, Rohit is married and lives with his wife and two young boys in the Washington DC area. He is a lifelong fan of anything having to do with the Olympics (he’s been to five so far!), actively avoids anything having to do with cauliflower (yuck!) - and believes the most entertaining and impactful job he will ever have is being a great dad and teaching his sons to be kind when no one expects it, curious about the things others take for granted, and confident enough to change the world.

What Rohit Bhargava Talks About:

Innovation & Culture – How to Think Like an Innovator
What does it take to bring more innovative thinking into your organization? It is easy to think of innovation as a big ambitious and unreachable goal. We live in a business culture that celebrates innovation and creativity – but too often this priority is pushed to outside groups or feels too big to tackle. How can any team learn the right skills to anticipate and win the future by being more innovative every day?

In this keynote, participants will learn the five essential principles of leading transformation and building a team that sees the world differently.

Leadership & Marketing – How to be Trusted in a Skeptical World
We are living in a time when it is harder to earn trust than ever before. People skip ads, mistrust brands – and have access to information and insight at their fingertips. What does it take for any organization to succeed in the world of empowered consumers – where every brand and every leader faces a new sort of modern believability crisis?

This entertaining and highly actionable talk will reveal the five secrets of building trust and what it really takes to stand out as real, human and trustworthy in an untrusting world.

Digital Disruption
One of the things that separates Rohit from other keynote speakers on digital disruption is his real life expertise – thanks to his 15+ years of consulting experience leading work for some of the largest brands in the world. Here are three specific things you should know about Rohit’s experience working in and speaking about digital disruption: he has 20+ years of experience – he built his first website in 1997 (hand-coded!) and has consistently worked since then at the cutting edge of digital to help organizations adapt and disrupt themselves; he is a Trend Curator & Pioneer – Rohit has been writing a popular blog since 2004, where he first coined the term “Social Media Optimization” (SMO) and was the first to describe the wave of “Content Curation” as the job of the future. In 2015 he published the Wall Street Journal bestseller Non-Obvious, to help innovators see disruption, predict trends and win the future; he is a Corporate Disruption Advisor – for most of his career, Rohit has been the strategic consultant that big brands turn to for advice on how to manage disruption. He currently works selectively with a handful of top CEOs and CMOs and is a sought after executive advisor and startup board member due to his ability to put disruption into understandable terms and help to craft actionable strategy for how to embrace and lead it.

5 Habits of Disruptive Leaders (and How You Can Use Them)
Disruption moves fast and it can feel scary – but the most visionary leaders are the ones who are able to see past the fear of change and lead their organizations to proactively disrupt what they do without taking risks unnecessarily.

In this talk, participants will learn the five key habits of disruptive leaders that Rohit has taught to executives from dozens of industries over the past decade. You’ll hear about megatrends shaping the world of business in the coming decades and learn an actionable model for using them to power your thinking for the future.

Rohit’s presentation was one of the most successful in our chapter’s history - his presentation drew rave reviews for delivering real content in an entertaining and easily accessible style.