The Key to Building a Successful Remote Organization? Data.

By Mike Walsh | Speaker on the Change, Technology and Innovation 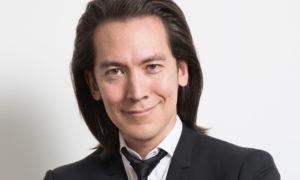 The Covid-19 crisis forced many businesses to suddenly adapt to having an entirely remote workforce. And once we all got past the novel challenges of family interruptions, #funnycatvideos, and virtual etiquette, a more complex problem raised its head: How do you work together when you are, in fact, alone?

For a virtual organization to function, geographically dispersed teams need the ability to communicate effectively. But that’s only half the story. Decision-making has to be delegated and decentralized as well — and that means using data to shake up your culture.

Centralized offices have one big advantage: you can get everyone in a room until they solve a problem. But when you work virtually, you have to plan every part of the decision-making process, especially when it is asynchronous. Small things that we take for granted in physical meetings — such as body language, non-verbal agreement, and interpersonal connections — require a different kind of attention when you work remotely. That, however, may be an advantage.

Consider a company that was “born digital,” like workflow automation company Zapier, which was designed to operate with virtual teams from the outset. The coronavirus crisis didn’t force the company to manage a complex transformation in work style. For them, there is no such thing as “remote work” — only work.

I spoke with Wade Foster, CEO of Zapier, who is adamant that the discipline that comes with distributed decision-making can bring out the best in us. In his view, when it comes to managing people and outcomes, traditional organizations let leaders get away with too much: “In traditional organizations, leaders can manage by presence — you can see your folks, and you can see work getting done,” he says. “But when you can’t see your team, when you’re not sure what’s happening, or you literally don’t know if they’re at work or not — you have to redesign how you manage your workforce from the ground up. That forces you to be a better leader and a better manager.”

For many traditional organizations, sending teams home was a direct response to emergency “stay at home” orders — not an organizational design choice. When your entire head office decamps to “WFH,” the hardest part to manage is not the technology or connectivity, but the culture shock.

Didier Elzinga, CEO of Culture Amp, a software firm that helps organizations track employee engagement and performance, believes that the shift to remote work will have profound implications for the organizational culture of big companies, especially when it comes to giving distributed teams autonomy to make their own decisions.

Leaders struggle to delegate when they wrongly believe that only certain people in the hierarchy can make a particular decision — someone who has earned the right to do so on account of their experience or skill. “Actually,” he says, “it is because they have the context that somebody else doesn’t have. Fortunately, data is a pathway to context.”

When the pandemic hit, the first thing Culture Amp did was to address the impact that the crisis was having on the speed of their decision-making. “We’ve created a daily situation room,” he says, “where we track everything that’s changed overnight, internal to the business, but also in the external world.”

The situation room at Culture Amp is a daily meeting with about 20 leaders where they run through a deck of the latest information related to the crisis, which is then published on an open channel on Slack. Once they gave people the data they needed to contextualize their decisions, Elzinga and his team made an exciting discovery. Leaders were more comfortable distributing authority and allowing teams to make their own informed decisions, without wasting time chasing down information and approvals. “Autonomy means getting to make your own decisions, and being trusted to make your own decisions,” argues Elzinga. “But it also means trusting others to make decisions on your behalf, too.”

When it comes to building trust, a little bit of structure goes a long way. At Zapier, distributed teams use a framework called DACI, which stands for driver, approver, consulted, and informed. Anyone involved in a decision will play one of four roles: a person responsible for driving the work and collecting the relevant data; an approver who gives the go-ahead; consultants who can provide expert opinions; and finally the informed, who need to know about the outcome because it impacts the work that they do. Knowing decision roles upfront speeds up team interactions and avoids ambiguities that can cause delays or friction.

Transparency is critical at both of these organizations. Major decisions at Zapier are documented in a decision log called Async, which is an internal tool that they built. The purpose of Async is to surface important conversations that might get lost in fast-paced Slack forums. It replaces internal email and acts as a searchable archive for anyone on the team to reference old discussions and keep up with company updates. According to Foster, Slack is where the teams at Zapier talk about work, while Async is where they share work with the rest of the team.

In this respect, distributed organizations are typically ahead of more traditional ones — where documentation can be sparse or buried in private email chains. “In theory,” explains Foster, “this means we should get better at making decisions over time because everyone can benefit from the organizational decision-making muscle.”

A good decision will still be wrong if it takes too long. Mars, Incorporated, makers of treats and services for humans and pets alike, was already well advanced in their plans for digital transformation before the crisis hit. However, when I spoke to Sandeep Dadlani, the company’s Chief Digital Officer, he explained that the pandemic led Mars to embrace a new internal clock speed. Typically, big global consumer packaged goods (CPG) companies develop a rigid annual plan with their retailers that covers their products, promotions, and inventory. However, in this new world, with rapidly shifting consumer patterns and unpredictable events, rigidity no longer works. “In week one of the coronavirus crisis, getting your groceries was not a challenge,” says Dadlani. “But by week six, suddenly buying groceries online had become 15% of the American market, a number that Mars was tracking to reach five years from now.”

With speed now of the essence, or as they call it at Mars, “delivering value at 100x,” Dadlani realized that the organization needed to reduce some of the subjectivity in communications and decision-making, and encourage their newly remote teams to frame problems in a way that led to scaled-up solutions. Dadlani told me, “Our supply chains are built of wonderful leaders who have known each other for many years, who pat each other on the back, and who know how things run because they’re in the factories. They watch the trucks, pick up the phone, and get calls from the retailers. They nudge their other friends and workers to push another batch out or to get another production line changed.” But, as the crisis accelerated, Dadlani noticed a behavioral shift. Now that the logistics and technology teams have lost their in-location perspective of the supply chain and can only access raw data about inventory, supplies, materials, and packaging, their interactions have changed. Conversations between remote team members have become more focused and less subjective, productivity has improved, decisions have become more data-driven, and new, more probing questions are being asked: “Why is inventory at this level? Can the raw materials in these factories be moved elsewhere? Can we drive a higher throughput?” It was, in other words, what the digital transformation team had been trying to achieve for some time.

“Organizations like ours have to pivot to identify trends, pick the right business models, fail a few times, and then succeed,” he says. “At Mars, we call it the Digital Engine: find the problem, solve the problem, and then scale the solution as fast as we can.”

Notwithstanding the importance of agility and response time, as companies and teams become more digital, there is a corresponding need for leaders to be able to grasp the nuances and risks of data-driven thinking. At Culture Amp, Elzinga coaches his clients and employees on recognizing the limits of AI and other statistical models — especially when it comes to predicting human behavior, or making sensitive hiring and firing decisions. “The challenge for us as an industry and for HR in general,” he says, “is that we have to work not just on finding the answers, but also on data literacy.”

Data literacy is a hard-won skill.  It does not come easily, even to a generation fluent with apps, emojis, and hashtags. To get there, organizations need to invest in dedicated training and education. At Mars, Dadlani was shocked when an email intended for his technology team inviting them to a course on machine learning accidentally went out to thousands of employees at the firm, and — much to his surprise — many of those unintended recipients showed up, which changed his thinking about how ready everyone in the organization was to take on the challenges of new technology.

Foster has actively encouraged data literacy programs at Zapier, offering employees a five-part mini-course called The Golden Path to Data, which provides training on using data tools, creating queries, and interpreting results. As a further incentive to upgrade skills, requests to the data team are prioritized for people who have actually done the course.

Foster says, “You don’t need everyone to be an expert, but the real benefit starts to happen when every team has a data power user in it, which can help the team respond to new questions and challenges faster. And that increases the decision-making velocity that’s happening inside the organization.”

Data will never be a substitute for genuine social interactions or company culture, but as we build more global, distributed, and virtual organizations, what it offers is something just as important: a common language for transformation.

Mike Walsh is the CEO of Tomorrow, a global consultancy on designing companies for the 21st century. A global nomad, futurist and author of the best-selling book, The Algorithmic Leader, he advises some of the world’s biggest organizations on digital transformation and disruptive innovation in this new era of machine intelligence.